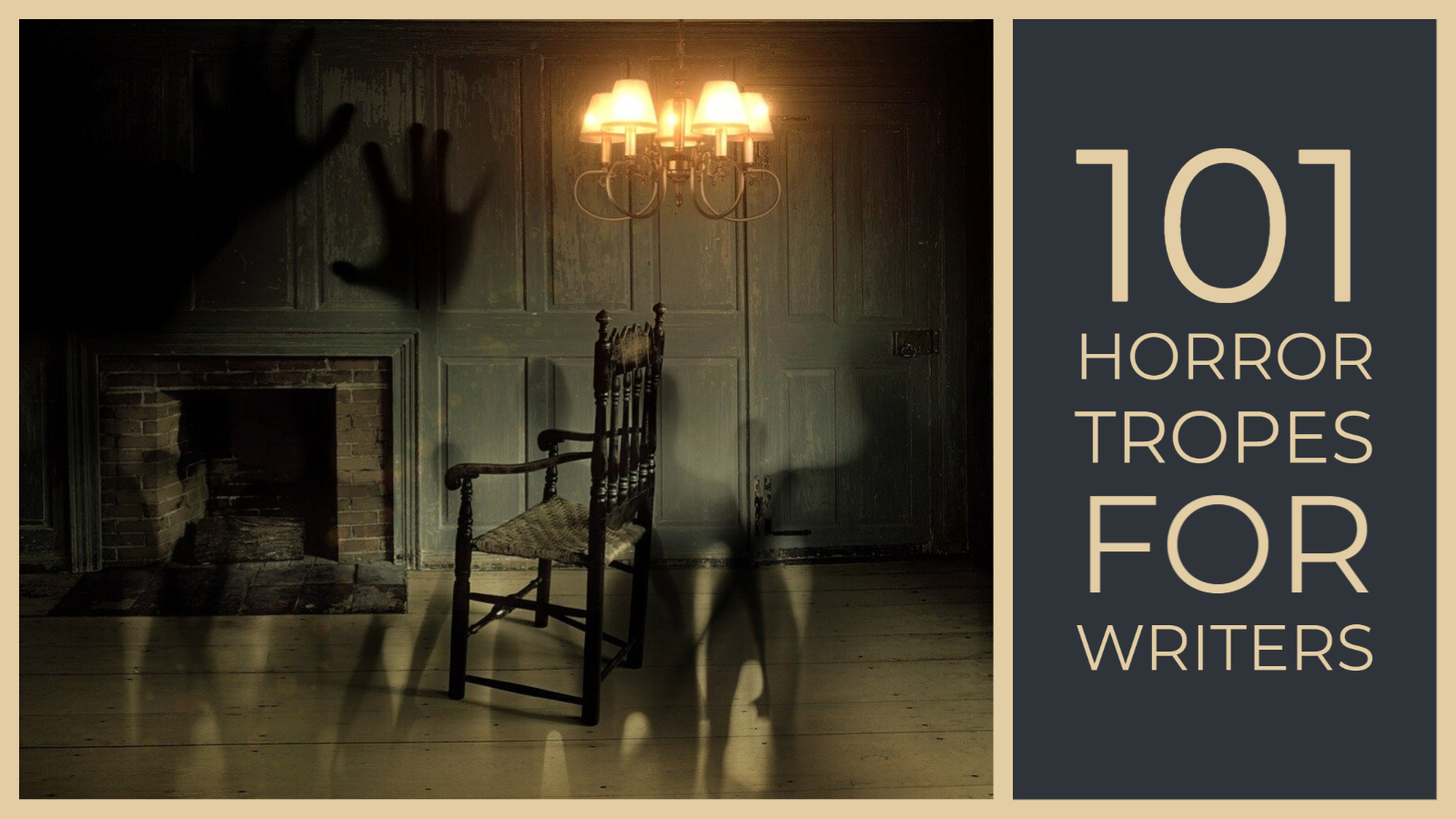 Writers of horror fiction can use this list of 101 horror tropes to add some frightening moments to their books.

If you clicked on this article, it’s likely you already know what a genre trope is—if you don’t, you might check out some of our other posts on the subject:

A trope is any recurring story element that helps shape, structure, and define a genre. For instance, you can’t have a piece of crime fiction without a crime taking place in the story. You can’t have a fantasy story without fantastical happenings and/or creatures. Make sense? Great!

Now— with no further ado—let’s get into these horror tropes.

Sadly, many of the character tropes mentioned below are mere stereotypes populating the slasher sub-genre of horror. Most of them ought to be avoided, but it’s still important to be aware of them so you avoid falling into clichéd writing by either a.) not using these character tropes at all, or b.) putting a clever, thoughtful twist on a character trope to reinvigorate it.

Items which may be sentient or simply possessed. Either way, they are one means by which the monstrous forces torment the characters.

As mentioned in another post on horror, a specific type of setting is a key feature of the horror genre. Below, we’ve listed a few familiar places and features of horror settings—some need a little explanation, others need none.

Monsters are most people’s favourite element of the horror genre and there are many horror tropes here. Feel free to mix and mash these archetypes!

I hope these 101 horror tropes for writers help you write your story.