Surrealism – What Every Writer Should Know

In this post, we explore how surrealism is relevant to writers.

In the old days, writers sat in ivory towers waiting for their muse. As modern writers, we know we must seek inspiration actively, or we will write little. Notice the shift in perspective?

Our ideas on creativity have come a long way since the old days. At the heart of this change is a literary movement called surrealism. This article will explain why surrealism is still important today.

Surrealism is a literary movement starting in France around the First World War. It quickly spread to other countries in Europe and the USA. Its members aimed to achieve a ‘surréalité’ (surreality) in their texts and other artworks.

Its central figure is André Breton. As a medical student, he had already been interested in mental illnesses. During World War I, he worked in a neurological ward where he saw doctors helping patients through psychoanalysis and hypnosis.

This new treatment proved immensely beneficial. Tapping into their unconscious, these patients were able to discuss emotions and thoughts that they could not voice otherwise. This made Breton understand that our conscious thoughts obey conventions that held back our innermost feelings.

The patients’ dream-like language fascinated Breton. Their descriptions and images were raw, haunting, and original from a literary point of view.

Did you ever wake up in the middle of the night, still drowsy? Your mind was so immersed in your dream that you could still feel it? That is what Breton called ‘surreality.’ It is the state between the unconscious and the conscious.

We continue to access our dreams, but we must hurry to write them down, or we forget the striking imagery. In this state, many artists get their best ideas.

Breton considered this surreality to be superior to reality. He called this psychological state ‘automatism.’ Only then could pure thought express itself. Aesthetic, moral, or other taboos would not censor our thoughts.

Dreams are not the only state when surreality expresses itself. If the play of thoughts were as innocent and engaged as child’s play, then this would also access surreality.

However, most of us cannot enter surreality at will. Nobody can dream at a moment’s notice. Nobody can revert to childhood. Breton and his followers found a solution. They invented several techniques to help them:

Automatic writing is a technique in which writers get into a trance-like state and write without heeding any conventions of language, writing, society, religion, or anything else.

The technique itself has many roots. The oldest goes back to psychography in the middle ages in China. Literary history tells us about authors claiming they wrote without any conscious control. Often, they used drugs or some form of hypnosis.

Samuel Taylor Coleridge himself said he had written Xanadu in a semi-awake state. Literary scholar John Powell Ward mentions William Blake’s Milton or works by W.B. Yeats to have been written similarly. Jack Kerouac’s instructions for Spontaneous Prose sound like automatic writing even though he doesn’t call it that.

Surrealists invented techniques that include elements of chance and playfulness. Some of the genres attributed to the surrealists are ‘found poems,’ ekphrastic poetry, and collages.

The surrealists enjoyed writing in a group, which alone brought elements of playfulness and chance into their texts (such as The Magnetic Fields). Their writings were often funny, even non-sensical, and compelling in their imagery.

I will explain these techniques further in separate blog posts. Look out for them or join our newsletter so you won’t miss it,

What Are Some Key Concepts Of Surrealism?

Surrealists were trying to create a new awareness of how we perceive reality and create art.

What seemed so revolutionary then is common knowledge today. Our unconscious uses dreams to articulate our deepest desires, trauma, and beliefs. It rules over much of our waking state by motivating or inhibiting us. As artists, we can understand our view of the world better if we are aware of this.

Creativity is not some God-given inspiration. It is an ability to take in what surrounds us and recombine it into fresh ideas. That originality depends on our unconscious. Otherwise, we would merely regurgitate what we perceived from other artists and writers in varying combinations.

We can train and enhance our creativity by paying attention to these key ideas:

Surrealism is a literary movement that brought about a fundamental shift in thinking about literature and art. Revolutionary at the time, we have incorporated its teachings into what we know about creativity today.

The surrealists’ fusion of psychology and creativity is at the heart of ideas like ‘divergent thinking,’ getting into ‘the flow,’ ‘stream of consciousness,’ and much of modern media theory. Julia Cameron, for example, could not have written about her ‘morning pages’ without automatic writing.

Today, writers know these concepts and use them, whether it is for the process of creating or its result. None of this would have been possible without the surrealists in France.

Last, but not least, here is the best teaching of the surrealists: Have fun with writing! 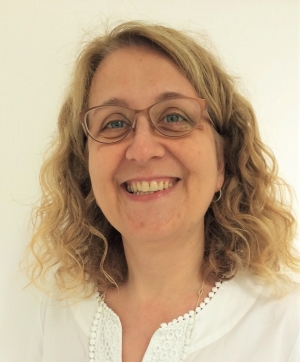