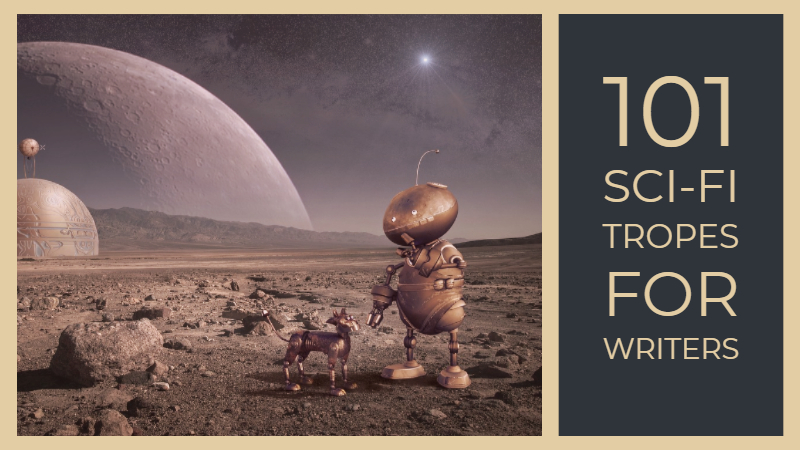 Writers can use this list of 101 science fiction tropes to add some Zap! to their writing.

Science Fiction is the computer geek of the fantasy genre. It is also filled with tropes.

A trope is a commonly used literary device. It can be a cliché and it can be used well.

Science fiction tropes are everywhere. For example, ‘beaming up’ to the Enterprise in Star Trek is a trope used by the writer of the show, Gene Roddenberry, to save money on expensive space shuttle sets. It has become iconic and people would miss it if it were taken out of the show.

Tropes are used as shorthand to explain complicated things. For example, Light-Speed is used to explain a complicated way of travelling through space very quickly. If you do this, you don’t have to waste words trying to educate your reader when you want to get on with the plot.

101 Science Fiction Tropes Writers Should Use

These are very common science fiction tropes used in successful books and series. I have taken them from TV shows you may know and 100-year-old books you probably won’t. Regardless, many of these are used every day to make the books and TV we all love to read and watch.

By reading these, you will be inspired to create your own work. You should add a twist to any old idea to make it seem new. But, old tropes die hard and that’s because they are too good to be forgotten.

I hope you had fun reading this list of science fiction tropes and that it gives you ideas for your books.