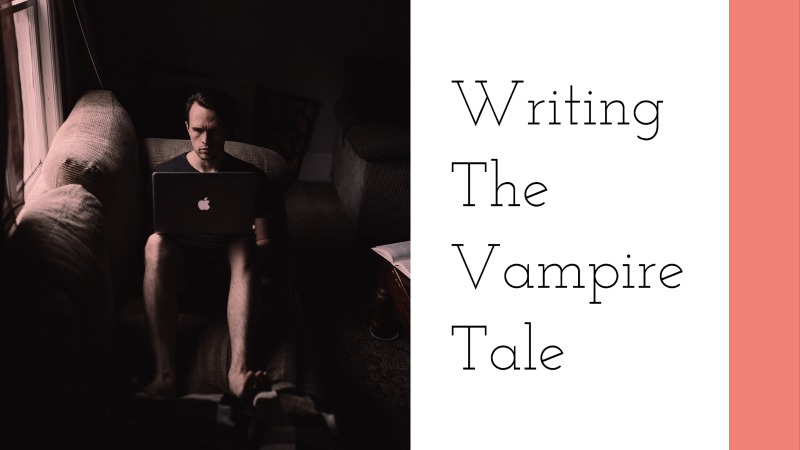 In this post, Writers Write explores the history of, and techniques for, the vampire tale. We also tell you how to write one.

Vampires are a fiction staple.

Vampire stories are still popular. From Dracula to Akasha, the vampire idea is almost eternal.

Here are techniques for writing the vampire tale.

According to Oxford Online Dictionaries, a vampire is:

‘(in European folklore) a corpse supposed to leave its grave at night to drink the blood of the living by biting their necks with long pointed canine teeth.’

Vampires are dead, but come alive. A vampire seeks life, and is cursed to sustain their own with destruction.

Almost all vampire stories, then and now, share this definition.

There are three origins for the classic fictional vampire:

Vampire myths come from superstition, illness, or belief about burial.

In the 17th and 18th century, blood-sucking vampires were considered a very real problem.

Stories about blood and war, including Vlad the Impaler, would only fuel the vampire myth even further.

Thousands of vampire stories, poems, and books exist. The genre is vast.

Modern writers can expect to cross genres: there is no standard vampire story these days.

Vampires can be ancient, modern, young, or old.

Read: The 17 Most Popular Genres In Fiction – And Why They Matter – Writers Write

Be original, or you’ll get lost in the dark.

Vampires can be anything, but still share things that heap them into the same coffin. Readers still know a vampire story when they see one.

All through vampire stories, you will see common themes like:

Good vampire stories use emotion, characters, and setting to great effect. Blend suggested elements, but don’t throw all of them into a blender: that’s often overkill.

Subtle, original use of common tropes gives a good story.

Anne Rice’s Lestat and Stephanie Meyer’s Edward Cullen are vampires, but worlds apart in every other aspect.

How To Write A Vampire Story

Vampire story plots share characteristics, or common threads that include:

Vampires are vampires. Readers can spot the difference between vampires and ghouls, ghosts, or zombies. How?

The vampire character has common traits that can define them:

A character doesn’t need all these traits at once. Again, overkill. Decide which traits to include, and which to let go.

As an exercise, think of three favourite vampire characters.

Study vampire stories before attempts to write one. Read the good ones, bad ones, long ones, and short ones.

A writer should read, then write.

Love or hate the Twilight Saga, it sure sold.

The best way to know the vampire story is to devour every single one.

Vampires aren’t just fiction, but a modern subculture too.

The aesthetic style of classic vampires has spawned an entire genre of books, music, clubs, and enthusiasts.

When night falls, these ‘vampires’ dress up and meet to discuss their favourite, well, wine and stuff.

It’s true, and National Geographic did an entire segment about vampire nightlife.

According to Discover Magazine, the vampire culture is under serious expert study.

Truth can be weirder than anything.

In this post, Writers Write explored the vampire story.

We hope that it encourages you to write your own.