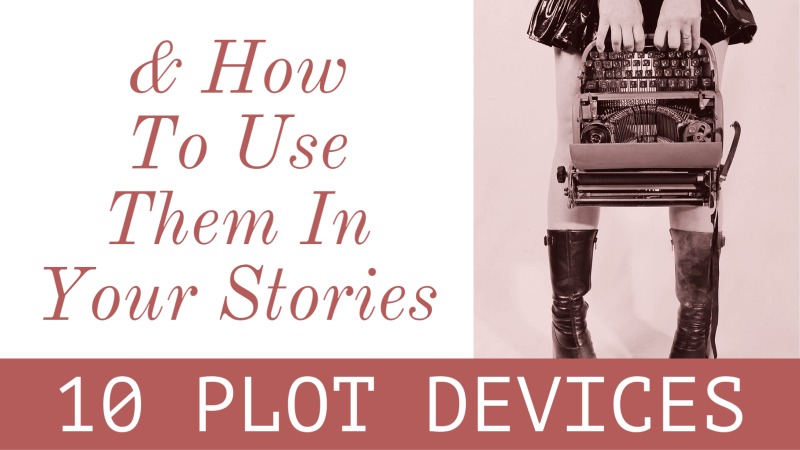 10 Plot Devices & How To Use Them In Your Stories

In this post, we explore 10 plot devices and how to use them in your stories.

Writers use plot devices to advance the plot of a story. While some writers might hesitate to lean on them, there’s a reason that so many great stories use them — they work!

By studying plot devices, you’ll gain a solid background to use them in your stories. From there, you can take them in your own direction.

10 Plot Devices and How to Use Them in Your Stories

Read on to discover 10 reliable plot devices every writer should know! We’ll even include examples showing how to use them. (Spoilers ahead for all the books mentioned.)

The object quest can take many forms. Some refer to it as the ‘Fetch Quest’, the ‘Big Dumb Object’ quest, or even the MacGuffin.

No matter what you call it, the essence of this device remains the same. Characters must embark on a quest to deliver or discover a certain object — usually with special properties or meaning.

Example: The Lord of the Rings

Tolkien basically invented the object quest. In The Lord of the Rings, Frodo Baggins and friends must transport the all-powerful Ring to Mount Doom to be destroyed. They deal with more and more dangerous enemies and obstacles. Meanwhile, Frodo grapples with his own pull toward the Ring, even knowing it will destroy him.

This internal and external conflict has helped LotR stand the test of time. To that end, when using the object quest as a plot device, instil the object itself with greater meaning. Focus on the main character’s connection to it!

Foreshadowing is a plot device that hints at something to come. This is often a big reveal or twist. Indeed, readers usually won’t recognize foreshadowing until they reach the end of a book.

Because of this, foreshadowing doesn’t drive a story as much as other plot devices do. But when done well, it can boost a subplot or highlight some interesting details in the story.

Just about everyone knows the big twist in Chuck Palahniuk’s Fight Club: the narrator and his friend Tyler turn out to be the same person. However, did you ever realize how much foreshadowing precedes this twist?

For one thing, the narrator never gives his own name. Another clue is the relationship between Marla and ‘Tyler’, which the narrator describes as confusing. This foreshadowing strikes just the right balance of seeming to be part of the plot and hinting at the upcoming twist. As a writer, aim for a similar balance!

A red herring is almost the opposite of foreshadowing. This plot device misleads the reader, making them think something false to distract them from the truth. Often, it’s that a specific person is a suspect for a crime.

Mystery and crime fiction authors use red herrings to keep people from figuring out the main twist too soon. However, they must do so carefully, so readers don’t feel cheated!

Example: The Girl on the Train

In The Girl on the Train by Paula Hawkins, flashbacks show one of the characters, Megan, talking to her therapist and cheating on her husband. These flashbacks lead us to believe that the therapist is Megan’s lover — as well as her killer.

However, the therapist is a red herring. Looking back, the description of Megan’s affair is just vague enough to avoid anything certain. But the story doesn’t just randomly include the therapist! He has his own role in the plot, and he really does seem like a suspect… until he’s not.

Flashbacks are pretty much what they sound like. This is where a character recounts something that happened in the past, typically shedding light on the present.

For that reason, authors use flashbacks in mysteries and thrillers as well. They’re a creative tactic to slowly reveal information and keep readers guessing.

Leigh Bardugo’s Six of Crows does flashbacks very well. Bardugo uses flashbacks to develop a number of characters and subplots. However, her best work is with the main character, Kaz.

We know from the start that Kaz always wears gloves, but we don’t know why. Through flashbacks, the story builds to a big reveal: Kaz has a phobia of touching other people’s bare skin. He developed this in response to childhood trauma involving a dead body.

As you can see, the flashbacks not only build to a reveal, but also to a sub-plot. Try for equally strong flashbacks in your story!

The plot twist is one the best-known plot devices. This is a scene or moment where the plot takes a dramatic turn. It usually proves the reader’s assumptions wrong so far.

But while simple in theory, a good plot twist requires buildup. So if you want to write one of your own, make sure it’s not only dramatic, but also ‘earned’.

Though readers often find plot twists in suspense novels, they appear in other genres too. One such twist happens in Jodi Picoult’s My Sister’s Keeper. The plot involves a girl named Anna suing her family so she won’t have to donate a kidney to her sister, Kate, who has cancer.

Towards the end, a plot twist reveals that Anna is only suing because Kate wants her to. Kate no longer wants treatment and is ready to die. This twist finally makes sense of Anna’s actions throughout the book, plus some out-of-context moments between the sisters.

A love triangle occurs when one character cannot decide between two possible romantic prospects. This results in conflict, drama, and a thrilling final decision. Hence why it works as a plot device in all sorts of genres, not just romance!

. After losing touch for years, Gatsby and his true love, Daisy, reunite with intense passion. However, Daisy still refuses to leave her husband, Tom.

The love triangle comes to a head when Gatsby insists on Daisy never having loved Tom. Daisy, upset, soon ends up back in Tom’s arms. This love triangle shows how character flaws can lead to great dynamics — and drive a whole novel, if done well.

Those who love movies might already know the deathtrap plot device. As the name suggests, it involves characters in a life-threatening situation, often created by a villain — only for the characters to get out of it using their unique skills.

A deathtrap is a great way to show a character’s strengths and escalate the plot. Putting characters in danger forces action! This can lead to a turning point or even the story’s climax.

Katniss Everdeen experiences constant danger during The Hunger Games. However, perhaps the biggest deathtrap comes at the very end.

After saying that two people from the same District could win, the Gamemakers revoke the rule at the last minute. This forces Katniss and her fellow tribute Peeta to turn on each other.

Katniss gets Peeta to swallow poison berries with her so there will be no survivors. Then, just before it’s too late, the two-victor rule returns — allowing both Katniss and Peeta to live. It’s a powerful display of Katniss’s character, and an exciting finale for the book.

Most people are familiar with the cliffhanger. This plot device is when anything intriguing happens at the end of a chapter (or even the end of a book in a series!). Things remain unresolved to keep readers going, hoping they’ll find out the answer.

Charles Dickens’ The Old Curiosity Shop had a huge cliffhanger just before the last chapter: would frail little Nell survive her journey? New Yorkers were so anxious to find out, they rushed the wharf where the chapter was being delivered.

The great thing about cliffhangers is that they don’t have to be complex to work! Just come up with something dramatic and resolve it soon after.

Deus ex machina is a plot device where an amazing, unforeseen solution arrives to fix a problem. Readers enjoy it most in fantasy, usually when the climax arrives and characters need help.

Example: Harry Potter and the Chamber of Secrets

At the end of Harry Potter and the Chamber of Secrets, Harry defeats the basilisk, but gets poisoned in the process. Just as Harry draws close to death, a phoenix comes to his rescue. This scene reveals that phoenix tears can heal mortal wounds.

Deus ex machina works here because a) it occurs in a very magical world and b) the phoenix in question had been introduced already. (We just didn’t know about its healing powers!) This is the right amount of context to give if you’re using deus ex machina.

Finally, there’s the ‘one-two punch’ device, which often comes at the ending of a story. The one-two punch is where the author presents one twist or revelation — only for another reveal to come along.

The one-two punch allows authors to have a first twist, then surprise readers with a second, totally unexpected one. Because of this, it’s another popular device in mystery and thriller.

Example: And Then There Were None

And Then There Were None by Agatha Christie follows a series of murders that take place on an island. Everyone is a suspect… until only two guests remain. One guest then shoots the other and hangs herself.

However, a shocking confession reveals even more! It turns out one of the ‘guests’ on the island faked his death. In fact, he was the one to organize the murders. As a criminal judge, he thought they’d escaped justice, and wanted to serve it before his own death.

This is just the sort of exciting double-twist that will impress readers. If you can pull off the one-two punch, do it! 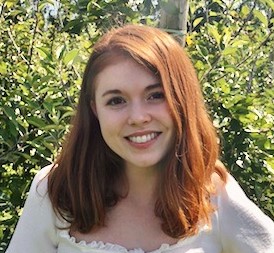 by Savannah Cordova. Savannah is a writer with Reedsy, a marketplace that connects self-publishing authors with the world’s best editors, designers, and marketers. In her spare time, she enjoys reading fiction and writing short stories.