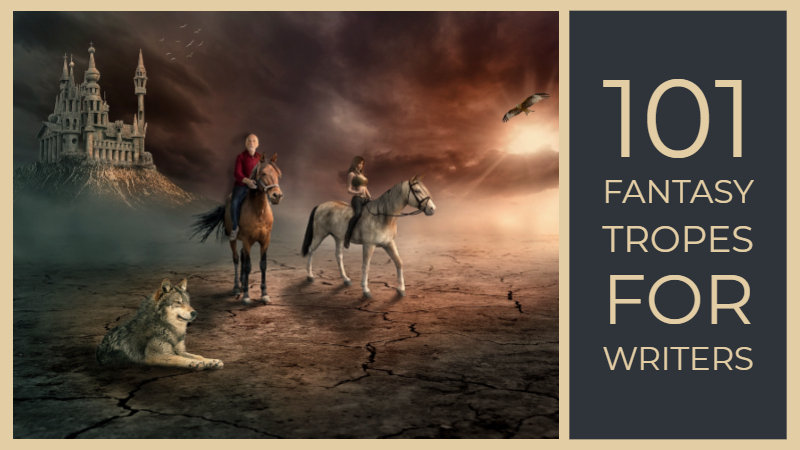 Writers of fantasy fiction can use this list of 101 fantasy tropes to add some magic to their books.

Fantasy is the wide-eyed child of the speculative fiction genre. Like science fiction, it is also filled with tropes.

A trope is a commonly-used literary device. It can be a cliché and it can be used well.

Fantasy tropes are everywhere. For example, summoning a devil to make a contract for the small price of your soul. People like this image. How would you feel if the devil emailed you a contract with a space to put in your digital signature?

Suggested reading: A Complete Glossary Of Terms For Fantasy Writers and The 4 Pillars Of Fantasy.

Tropes are used as shorthand to explain complicated things. For example, The Dark Lord is used to explain to your reader that it’s okay for your Hero not to worry too much about how many henchmen they had to kill to right a ‘great evil’. If you do this, you don’t have to waste words trying to educate your reader when you want to get on with the plot.

This list is not a comment on whether the tropes are good or bad. If you want to write fantasy, it’s a good place to start.