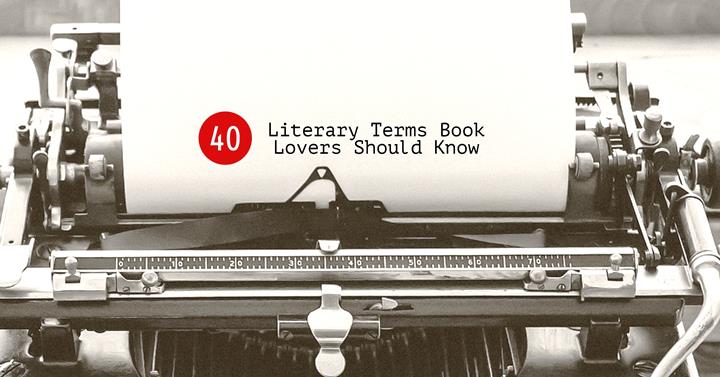 Literary terms are words we use when we discuss, classify, criticise and analyse poetry and books. Here are 40 that will improve your bookish vocabulary.

[Note: This post was originally found via Stumbleupon 40 Literary Terms Every Bookworm Should Know – but the link no longer works]