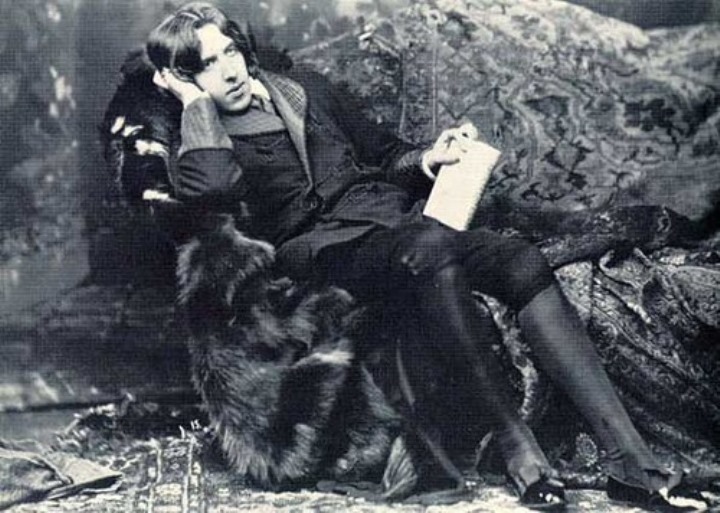 Oscar Fingal O’Flahertie Wills Wilde was an Irish writer and poet who became one of London’s most popular playwrights in the 1890s. He is remembered for his epigrams and plays, including The Picture of Dorian Gray

and The Importance of Being Earnest

, and his imprisonment, followed by his early death. Wilde was popular with influential contemporaries including George Bernard Shaw, Walt Whitman, and Henry Wadsworth Longfellow.

Wilde married Constance Lloyd, and had two sons. In 1891, he met Lord Alfred Douglas ‘Bosie’. They started a relationship that led to Wilde’s fall from grace. He was imprisoned for two years for ‘gross indecency’ for homosexual acts. After his release from prison, Wilde wrote Ballad of Reading Gaol, which included these words:

Yet each man kills the thing he loves
By each let this be heard,
Some do it with a bitter look,
Some with a flattering word,
The coward does it with a kiss,
The brave man with a sword!

Wilde went to Paris, penniless, and died there of meningitis on 30 November 1900.

Follow this link to see a list of Wilde’s most famous epigrams in The Guardian, which says Wilde was “Probably the most-quoted author after Shakespeare, and certainly the wittiest.”