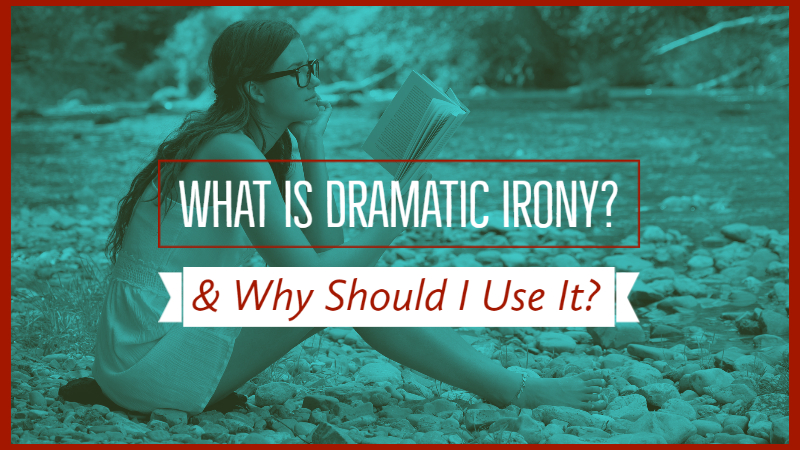 In this post, we define dramatic irony and suggest when and why you should use it in your stories.

What Is Dramatic Irony?

According to Encyclopaedia Britannica it is ‘a literary device by which the audience’s or reader’s understanding of events or individuals in a work surpasses that of its characters.’

The readers or viewers are aware of events and facts that differ substantially from that of the characters’ in a work of fiction. Audiences know secrets that are hidden from one or more of the characters.

The characters are obviously at a disadvantage because of this. Sometimes, the suspense created is so intense that audience members want to cry out to warn the characters of the dangers they are facing.

Dramatic irony was mostly used in the theatre, but it has become more common in all fictional works. It can be used in most genres, but is most often used in suspense.

Why Should I Use It?

Dramatic irony is a fabulous device if you want to involve your audience in the story.

Writers use dramatic irony as  a plot device to create conflict, suspense, empathy, and humour.

When the audience knows more than the characters, it forces them to anticipate and fear the moment, and to hope that the character might find out the truth sooner. It creates an intense empathy with the character’s situation.

Dramatic irony makes the audience part of the story.

MUST-READ:4 Reasons To Use Dramatic Irony In Your Story

You should use dramatic irony when you want to create suspense and increase audience participation in the story.