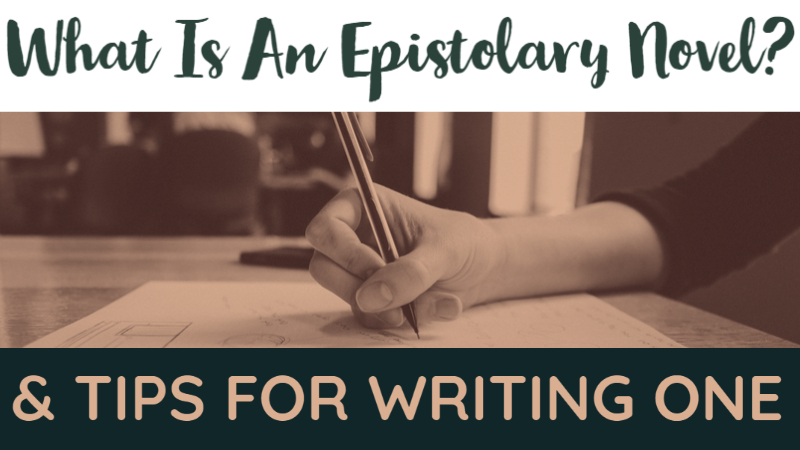 What Is An Epistolary Novel? & Tips For Writing One

One of my favourite novels of all time is The Good Luck of Right Now by Matthew Quick. It is an epistolary novel. Our hero, Bartholomew Neil has just lost his mother and he writes a series of letters to Richard Gere (his mother’s favourite) about his life, his loss, and how he moves forward. It is a beautiful, life-affirming read.

We Need to Talk About Kevin by Lionel Shriver is another famous epistolary novel. After her son Kevin is imprisoned for a school shooting, Eva writes to her husband, Franklin. She wants to know if their son was born bad, or if it was their fault that he turned out that way.

You can use the literary device of this type of novel in any genre.

What Is An Epistolary Novel?

The word epistolary is derived from Latin from the Greek word epistolē, meaning a letter.

An epistolary novel is ‘a novel told through the medium of letters written by one or more of the characters… it was one of the earliest forms of novel to be developed and remained one of the most popular up to the 19th century. The epistolary novel’s reliance on subjective points of view makes it the forerunner of the modern psychological novel.’ (Encyclopaedia Britannica)

In its modern form, it can be any series of documents, including letters, telegrams, diary entries, newspaper clippings, blog posts, emails, and even podcasts.

It can be told from one person’s viewpoint (monologic), or from two (dialogic), or more (polylogic) people’s viewpoints. There could be a series of correspondence between two or more characters. You could even mix up the types of documents each character uses to communicate.

If you write it from one viewpoint, remember that you are dealing with the viewpoint character as an unreliable narrator. We only get to see the world through that character’s viewpoint and, more importantly, what they choose to include in the story.

The Pros Of Using This Device

How To Write An Epistolary Novel

According to Writer Mag: ‘Novels written in an epistolary format are often less dialogue-driven, with more emphasis on thoughts, feelings, and emotions. Instead of being in the action with the protagonist, most ‘scenes’ are filtered through the character and presented as memories.’

This means that you may be doing more telling and less showing in this type of novel. However, this is up to you. Your characters could write their letters like fiction, including scenes with dialogue.

Tips For Writing An Epistolary Novel

If you enjoyed this blogger’s writing, read her latest posts: