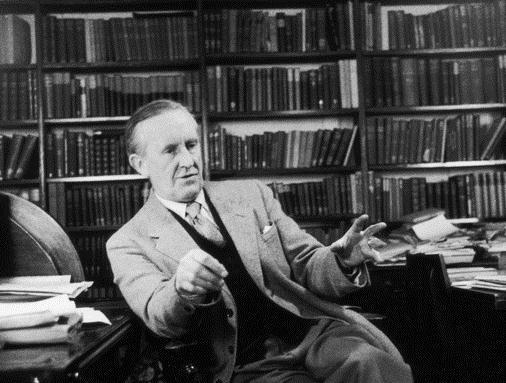 John Ronald Reuel Tolkien was born in South Africa but moved to England as a child. He was a writer, poet, philologist, and university professor, best known for the classic high fantasy works: The Hobbit, The Lord of the Rings, and The Silmarillion. The success of his novels led to a popular resurgence of the fantasy genre and Tolkien is referred to as the ‘father’ of modern fantasy Fiction. The Oxford companion to English Literature called him “the greatest influence within the fantasy genre. In 2008, The Times ranked him sixth on a list of ‘The 50 greatest British writers since 1945‘.