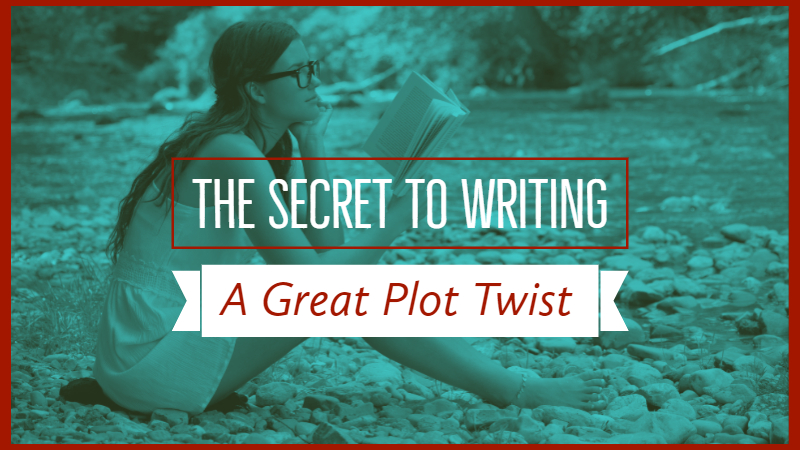 The Secret To Writing A Great Plot Twist

In this post, we define a plot twist, include the secret to writing a great plot twist, and offer 13 types of plot twists for you to use in your books.

What Is A Plot Twist?

A plot twist is an unexpected story development in a work of fiction. It changes the direction or outcome of the plot from where the audience suspected it would go.

Something unexpected happens. A plot twist can be clever, revealing, or shocking. If you write well enough, it could be all three.

It is a popular literary device used in fiction. Plot twists are there to surprise an audience that feels comfortable. A plot twist is either completely unexpected, or it may have been foreshadowed. It may also be used in a sub-plot.

The majority of plot twists are found in suspense, horror, and crime genres. R.L. Stine, the author of the Goosebumps

series said, ‘Every story ever told can be broken down into three parts. The beginning. The middle. And the plot twist.’

A plot twist that occurs near the end of a story, is also known as a surprise ending.

The Secret To Writing A Great Plot Twist

The audience should never see a plot twist coming, and yet, it must still make sense. It must be plausible. A plot twist for the sake a plot twist is a bad idea and it will irritate your audience.

A powerful plot twist usually involves the protagonist or the antagonist in a story. This is because stories revolve around these two characters.

If you want to surprise or shock your reader, here are 13 popular plot twists you could use.

If you write a breath-taking plot twist, it can become a legend. Readers will remember it forever.

Try using one of these to write a short story with a plot twist.