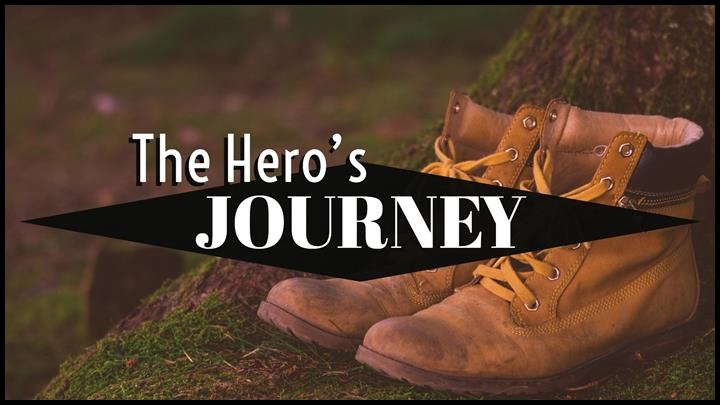 In this post, we share an infographic of The Hero’s Journey, a device used by many writers when plotting their books.

The Hero’s Journey is a pattern discovered in mythological stories by the American Scholar, Joseph Campbell. Campbell maintained that all mythological stories (and all good stories) share a common structure or flow. This revolves around the inner and outer journey of the protagonist, whom he calls the hero.

The steps don’t always flow in perfect order. Sometimes two or more steps are combined. But Resonate gives us the basic structure, using Star Wars as an example (Lucas borrowed heavily from Campbell for A New Hope): The Ordinary World
We get to know the day to day life of the hero.
Luke is a farm boy living with his Aunt and Uncle.

The Call To Adventure
Something happens to upset the normal life of the hero, which often includes an invitation or pressure to leave their normal life behind.
Luke buys a droid that plays a holographic distress call from Princess Leia and a plea for rescue.

Refusal Of The Call
The hero resists, or tries to resist the inevitable.
Luke clings to his commitment to his uncle and the farm.

Meeting With The Mentor
A wise person helps put things into perspective, encouraging the hero to accept the call to adventure.
Enter Ben Kenobi.

Crossing The Threshold
The hero accepts the call to adventure, which propels them past the point of no return.
The Lars Homestead is burned the ground and Luke leaves with Ben Kenobi.

Tests, Allies, And Enemies
The hero’s resolve is tested and they meet friends and foes along the way.
Luke and Ben are hunted by Stormtroopers and meet Han and Chewie.

The Approach
The hero is trained or prepared for the mission they have accepted.
Luke is trained in the ways of the force by Ben Kenobi and receives his first light sabre.

The Ordeal (The Cave)
The hero is tested and often comes to their lowest point in the story.
Luke and his friends are taken captive in the Death Star and nearly die in the trash compactor.

The Reward
The hero begins to rise with a victory in the bag.
Luke and friends escape the Death Star with Princess Leia and just as critical, information about how to destroy the Death Star.

The Road Back
The hero is forced to finish what they started by renewed opposition from the enemy.
Darth Vader and the Death Star zero in on the Rebel Base, forcing the Rebels to launch an all-out assault on the Death Star.

The Resurrection
The hero is tested again and nearly dies, but in such a way that they rise stronger than ever.
Luke hears Ben Kenobi’s voice, uses the force, and delivers the death blow to the Death Star.

Return With The Elixir
The hero returns home but life will never be the same.
Luke is a hero but his training has just begun. Why not plan your novel with The Hero’s Journey? It may or may not work perfectly for your story, but it will show you where your plot needs some work.