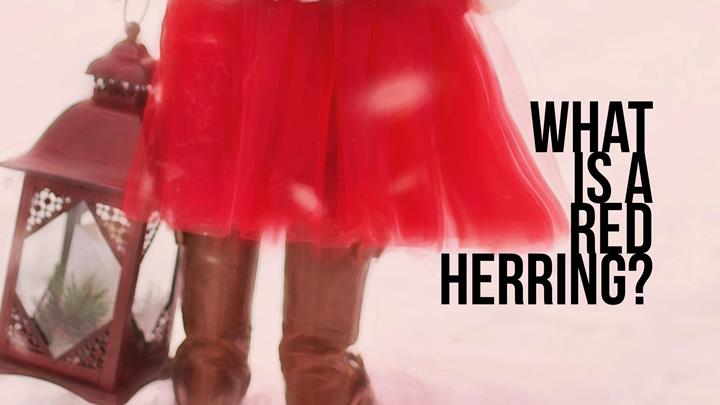 What Is A Red Herring?

In this post, we ask: ‘What is a red herring?’ and give you examples of red herrings and how they work in stories.

What Is A Red Herring?

Is there something fishy going on here?

A red herring is another popular storytelling device most often found in the crime genre. We often see it used in mystery or detective books or movies.

According to Literary Devices, it is ‘an irrelevant topic introduced in an argument to divert the attention of listeners or readers from the original issue. In literature, this fallacy is often used…to mislead readers or characters, or to induce them to make false conclusions.’

It is a plot thread that misleads or distracts from the main story events. It is a clue that leads in the wrong direction, usually down a literary blind alley or dead-end.

Two Examples Of A Red Herring

A clever way to use a red herring is to closely intertwine it with the events of the main plot.

You can use the red herring when plotting your novel, or you may spot an opportunity to introduce it in a second or third draft.