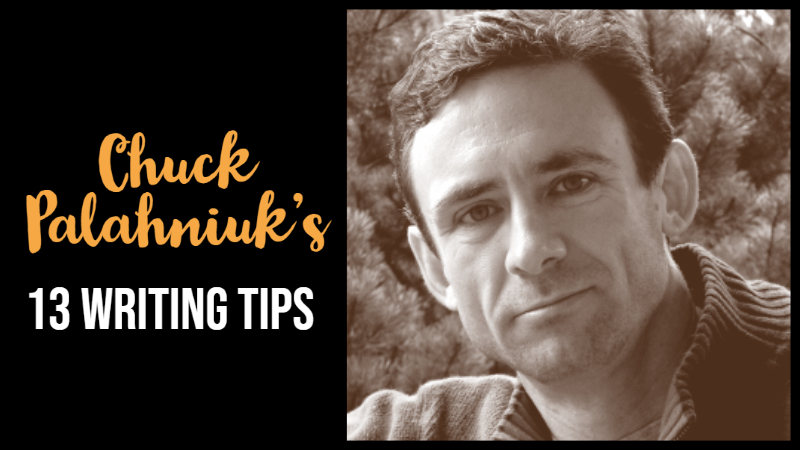 Chuck Palahniuk is an American novelist. He was born 21 February 1962.

He is best known as the author of the award-winning novel Fight Club, which also was made into a feature film. His other novels include Diary, Lullaby, and Invisible Monsters. Choke, published in 2001, was his first New York Times bestseller.

His memoir, Consider This: Moments in My Writing Life after Which Everything Was Different, takes us behind the scenes of his writing life.

His non-fiction work has been published by Gear, Black Book, The Stranger, and the Los Angeles Times.

In his ‘About Chuck’ section on his website, titled A Short Biography of Chuck Plahniuk, we found out the following:

We found this useful essay full of writing advice on the author’s website and we wanted to share some of it with you. We have taken snippets from the essay and included them in this post. [It has been moved and it can be found here.]

Read the full essay here: 13 Writing Tips [It has been moved and can be read here.]

If you want to read more of his essays, click here: 36 Writing Essays by Chuck Palahniuk