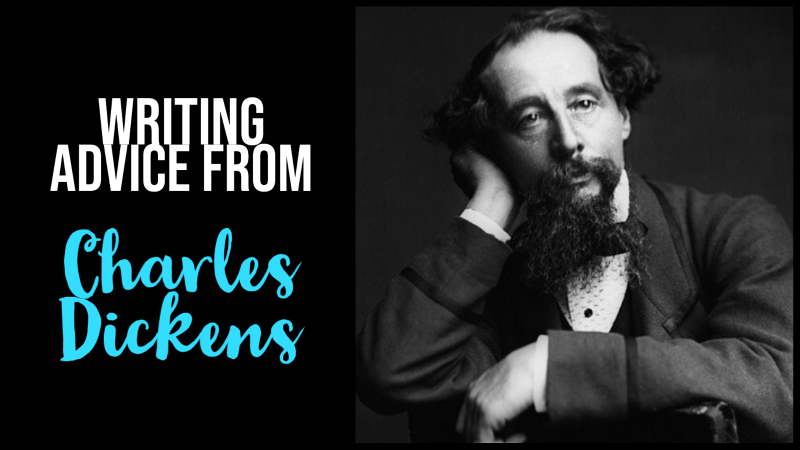 7 Bits Of Writing Advice From The Works Of Charles Dickens

Writers Write shares writing resources and writing tips. In this post, we share seven bits of writing advice from the works of Charles Dickens.

If you want to learn about the writing business, it’s a good idea to heed the advice of other authors who are more experienced, more published, or more widely read than you are right now.

Charles Dickens (born 7 February 1812, died 9 June 1870) is one of the most famed writers of the Victorian era. His writing has carried through to modern times better than most others of the time.

Dickens was popular then, and remains widely read today. Writing can even be called Dickensian thanks to his tone, settings, and style.

, David Copperfield, and A Christmas Carol

are, frankly, still great books. If you want to know more about how Dickens viewed the world and his time, read the book before you see the movie.

Here’s more about what writers can learn from the works of Charles, and how to apply it to your own writing.

About The Author: Charles Dickens

Even though Dickens is perhaps better known as the writer of famous writings like Oliver Twist and A Christmas Carol, he wrote and edited widely during his life.

He also wrote short stories like The Quack Doctor’s Proclamation, and Subjects For Painters. Books such as The Pickwick Papers, Little Dorrit, and Bleak House – all of them are worth reading for writers who have not encountered his other works!

If you’re just getting to know Charles, here are 3 quick facts:

7 Bits Of Writing Advice From The Works Of Charles Dickens

1. Nothing Is Impossible (When You’re A Writer)

‘Consider nothing impossible, then treat possibilities as probabilities.’ – From David Copperfield

One needs a certain level of daily ambition to be a successful writer. When writing a pitch (or submitting a story), the writer has to have some faith that their idea will reach the right place.

If you believe it’s unlikely or impossible that your pitches and stories will be successful, you’re setting yourself up for failure.

But if you consider nothing impossible, you’ll wake up every day believing something good is about to happen. Keep working at it.

‘We lawyers are always curious, always inquisitive, always picking up odds and ends for our patchwork minds, since there is no knowing when and where they may fit into some corner.’ – From Little Dorrit

Charles had a keen interest in law, and this sentence also applies to the average writer. Writers draw on their experiences and research to be good writers who portray these experiences well to readers.

Do you have enough bits and pieces of life experiences, trivia, and research about odd topics to make sure your writing is rich, interesting, and accurate in its details?

Collect facts, experiences, and words like a sponge when you’re a writer. That’s if you want to be any good at it.

3. There’s A Lot Of Bad Writing Out There

‘There are books of which the backs and covers are by far the best parts.’ – From Oliver Twist

A writer’s main goal is to make sure they don’t bore, irritate, or traumatise their reader or editor with the content.

The Oliver Twist quote reveals that there was just as much grammatically incorrect (and nonsensically plotted) writing in the 1800s as we have today with the internet.

Every day, aim to be a better writer no matter what it is you are writing.

It’s the only way to avoid the sin of becoming a ‘bad’ writer.

‘A word in earnest is as good as a speech.’ – From Bleak House

Another way to say the above would be, ‘One correctly chosen word is worth a thousand.’

Writing should be checked for readability statistics, and should never be lengthier or clumsier than it needs to be. Good writing says stuff, but remarkable writing says stuff with less (and usually more carefully chosen) words.

If you were a painter, you would use the best paints on the market, or mix your own pigments. You’re a writer. Use your words, and mix them around.

‘It is a hopeless endeavour to attract people to a theatre unless they can be first brought to believe that they will never get in.’ – From Nicholas Nickleby

What gets the next reader or editor to give a damn about this piece? Well, what brings your crowd to the theatre?

Every writing piece that’s worth reading has a unique selling point, hook, or what Dickens called hype in the quote.

When it does not, people stop reading it.

Fictional characters should have depth, personality, likeability (or the opposite for antagonists!), and history the reader might never get to see.

When readers encounter a character in your story, they should always feel something. Love, hate, disgust, curiosity, interest, wonder, lust, something. Otherwise, you are just not doing your job as a writer.

7. You Should Be Writing

‘Procrastination is the thief of time, collar him.’ – From David Copperfield

Every writer has at least one or two excuses to hush their conscience when they should be writing now, but aren’t.

‘I can’t find a pen,’ or ‘My environment isn’t vegan or zen enough!’ or ‘I only come up with good ideas when I have skim milk in the house.’

Stop, and don’t let your mind play tricks on you. Make or find time to write, even if it feels like it happens at a snail’s pace.

I hope these bits of writing advice from the works of Charles Dickens help you write your stories.