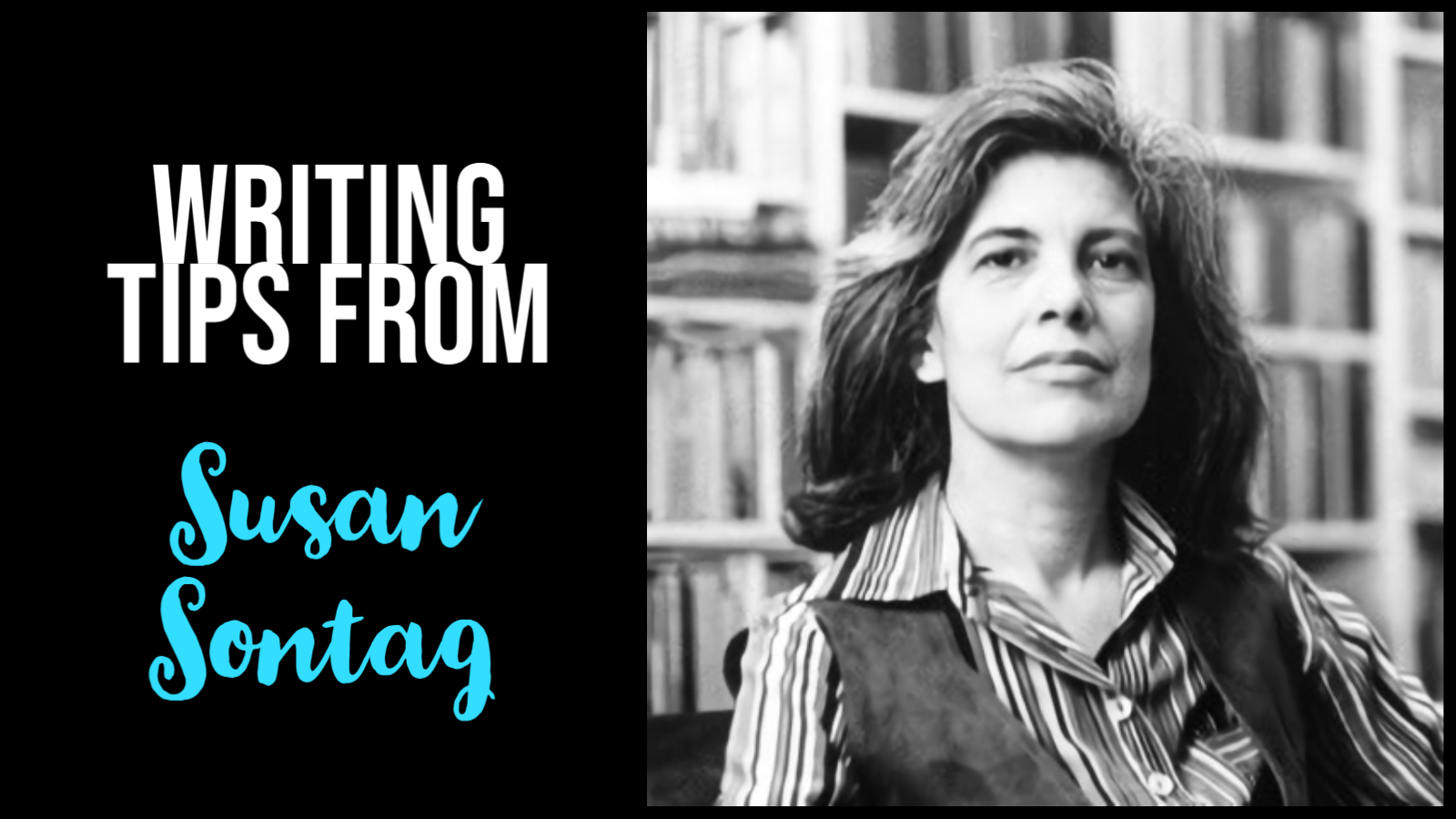 Writers Write shares writing resources and writing tips. In this post, we share these pearls of writing wisdom from Susan Sontag.

Susan Sontag was an American writer, filmmaker, and political activist. She was born 16 January 1933, and died 28 December 2004.

A personal hero of mine, she was deemed ‘one of the most influential critics of her generation.’ Rightfully so. Until her passing in 2004, she forged a daringly outspoken life during both turbulent and thrilling bouts of history.

Susan possessed New York by shirking sexual stereotypes and sharing bold, unapologetic meditations on love, art, humanity, and pop culture. From her prolific essays and talks on literature to her intimate letter correspondences, words were the catalyst of choice for Susan’s self-expression.

After Susan’s death, a series of her personal journals were released. She had spent an entire lifetime contemplating the importance of writing in relation to her life experiences and the experiences of others. This is a collection of her most poignant pearls of writing wisdom.

Much like Rainer Maria Rilke, who questioned writers whether they would die if forbidden to write, Susan instilled a similar urgency. You don’t choose to be a writer. You have to be. There must be something inside that commands a person to write. This commitment and desire to improve the craft is what propels you forward, both as a writer and a moral human being.

2. ‘If I am not able to write because I’m afraid of being a bad writer, then I must be a bad writer. At least I’ll be writing.’

In this journal entry from 1979, Susan motivates writers to denounce their insecurities and push through. It doesn’t matter if the quality of writing doesn’t quite match the quantity by which you produce it. If you’re compelled to write, you write. If you continue to write, you get better.

3. ‘Love words, agonize over sentences, and pay attention to the world.’

Fiction. Narrative. Poetry. Non-fiction. Reviews. Every genre is a commentary on life. If you don’t pay attention to the world, you won’t have much to say about it. Susan Sontag contextualized her personal view of the world within a framework of the Vietnam War and her voluntary participation in the Siege of Sarajevo. She stressed the political role and social duty of the artist and the ways in which language can both create and distort reality.

Put in the most simplistic terms during her acceptance speech for Peace Prize of the German Book Trade, ‘A writer, I think, is someone who pays attention to the world.’ She urged writers to ‘be serious,’ without forgetting the importance of humour in both life and literature.

4. ‘Do stuff. Be clenched, curious. Not waiting for inspiration’s shove or society’s kiss on your forehead.’

This pearl of wisdom was pulled from her 2003 commencement speech at Vassar. I find it most useful as a writer, myself, whenever I fall into a creative rut. The best way to combat writer’s block is to plough through it.

Writing often feels like a thankless craft. As a blogger, I’ve produced what I consider thought provoking, well-written articles that I’m proud to publish. But when a couple days go by without any traction, I immediately feel discouraged. I question my work. I reread and sometimes I even go back into the publication to edit.

Susan reminds me to drop the need for validation from outside sources. Keep creating new content. Some articles go viral, others don’t. Move on.

5. ‘It’s all about taking in as much of what’s out there as you can, and not letting the excuses and the dreariness of some of the obligations you’ll soon be incurring narrow your lives. Attention is vitality. It connects you with others. It makes you eager. Stay eager.’

There will always be distractions and reasons not to write. Learn to ignore them.  Said during the same commencement speech, Susan continues to stress active participation in your own life. Things don’t just happen. You make them happen. Through this active participation, you become an agent of change and a commentator on the way things ought to be.

6. ‘The only story that seems worth writing is a cry, a shot, a scream. A story should break the reader’s heart.’

In 1973, Sontag’s diary reflections were quite meditative. While she often reflected inward on her the struggles of becoming a good writer, here she focuses her lens on what good writing looked like to her.

Art is subjective, which is why you shouldn’t feel discouraged if one critic dislikes your work. There are countless stories told by the greats claiming they were denied by a chain of publishes prior to their success. What evokes you as a reader? You should know if you expect to have the same impact as a writer.

She went on to say, ‘The story must strike a nerve in me. My heart should start pounding when I hear the first line in my head. I start trembling at the risk.’

7. ‘There is a great deal that either has to be given up or be taken away from you if you are going to succeed in writing a body of work.’

Writing requires sacrifice, whether your time, brain capacity, or emotional energy. If you’re not drained by the work, it’s probably not challenging enough.

We all know writing isn’t a passive craft. It takes time, patience, and your full attention. You have to be brave and embrace your inner madness. What are you most afraid to write about? Now, write about only that until it’s no longer taboo. There’s a reason why it scares you. It’s intriguing. And if it intrigues you, there’s a good chance it intrigues someone else. Now you’ve got yourself a reader. 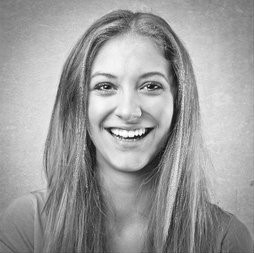 Sarah Williams is full time lifestyle writer managing Wingman Magazine – a self-development platform for millennial men. In her free time she loves to read and study about love interactions and communication. You can also connect her on Twitter: @SarahAtWingman