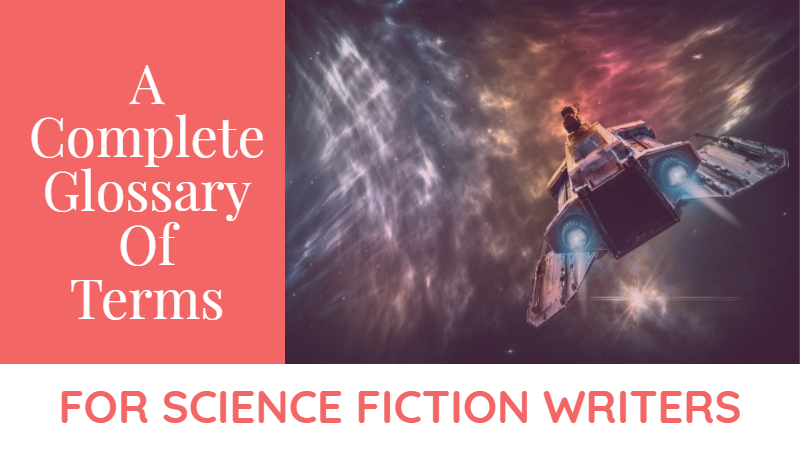 A Complete Glossary Of Terms For Science Fiction Writers

To write a good Science Fiction book, you need to know all the tropes in the genre (as well as the two types of science fiction), and you need to come up with a great idea. But, you still need to include all the elements of a good book.

These elements include the following characters:

As well as a plot, a setting, and story goals for your characters.

In particular, setting is even more important in the Science Fiction genre. It is what your core audience is really there for.

That being said, these are all the important words and phrases you need to know to write a science fiction book, short story, script, or game.

A Complete Glossary Of Terms For Science Fiction Writers

These are all the terms I think you need to know to write good science fiction. Let me know what I have missed.

by Christopher Luke Dean (Caught in a time loop writing a different list every week.)