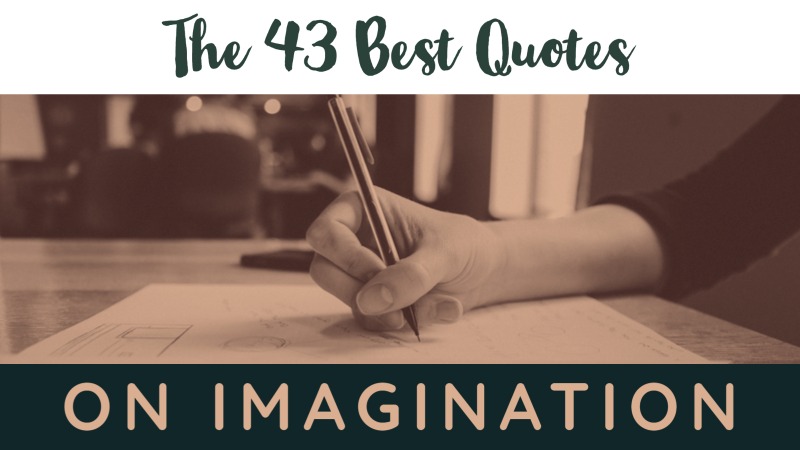 According to Oxford, it is ‘The faculty or action of forming new ideas, or images, or concepts of external objects not present to the senses.’ and ‘The ability of the mind to be creative or resourceful.’

Writers are always creating something that was not there before, something that cannot be touched and smelled and seen, and so it makes sense that imagination is important in this process. It allows you to feel empathy and compassion.

You can also use your imagination to solve problems.

The 43 Best Quotes On Imagination