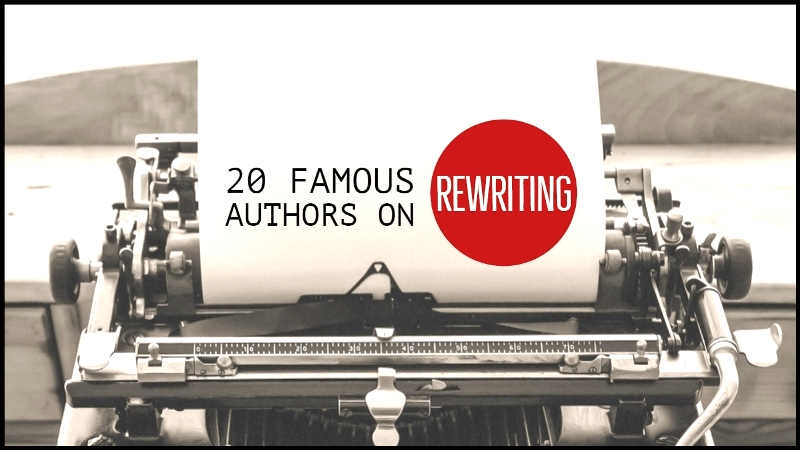 Some writers love writing the first draft, some prefer rewriting and editing. Whichever one you are, I hope you enjoy what these 20 famous author had to say about the process of rewriting.

If you have just finished writing, read this: 6 Things To Do When You Finish Your Book. If you are in the process of rewriting, use this: Rewriting Checklist For Authors

What 20 Famous Authors Had to Say About Rewriting