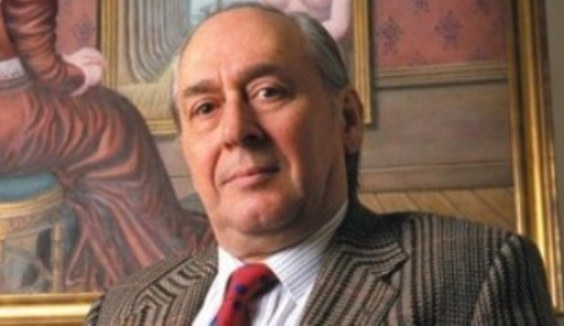 ‘I have worked at this desk for the past 47 years. All my novels have been written on it, and old papers of every kind have accumulated like a great reef. The chair is an old dining-room chair that my mother brought back from China and probably one I sat on as a child, so it has known me for a very long time.’

J. G. Ballard was an English novelist, short story writer, and prominent member of the New Wave movement in science fiction. His best-known books are Crash

and the semi-autobiographical Empire of the Sun

, made into a film by Steven Spielberg, based on Ballard’s boyhood during the Second World War.

His work has given rise to the adjective ‘Ballardian’, defined by the Collins English Dictionary as ‘resembling or suggestive of the conditions described in J. G. Ballard’s novels and stories, especially dystopian modernity, bleak man-made landscapes and the psychological effects of technological, social or environmental developments’.