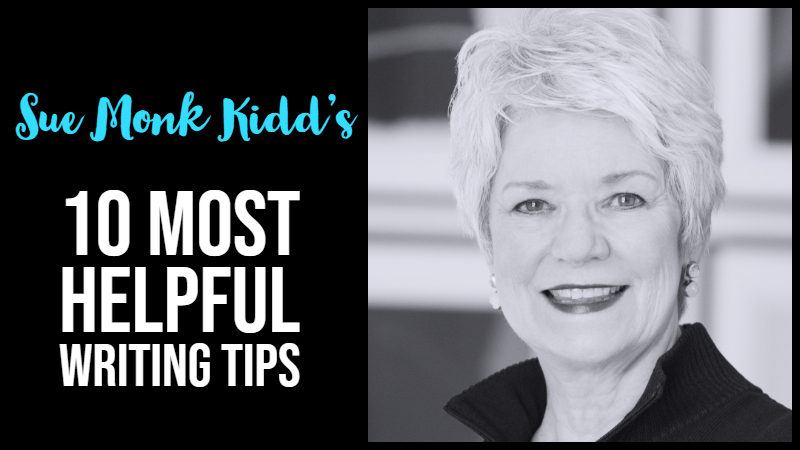 Sue Monk Kidd is a writer from the Southern United States. In this post, we share Sue Monk Kidd’s 10 most helpful writing tips.

Sue Monk Kidd is a writer from the Southern United States. Born on 12 August 1948, she is best known for her novel, The Secret Life of Bees. The award-winning novel spent more than two years on the New York Times bestseller list and sold more than eight million copies worldwide.

Her other novels are The Mermaid Chair and The Invention of Wings. She also co-authored a memoir with her daughter, Traveling with Pomegranates: A Mother-Daughter Story.

Her character-driven stories are said to allow readers to deal with societal ills and cruelties.

The author says these are the 10 most helpful things she could ever tell anyone about writing.