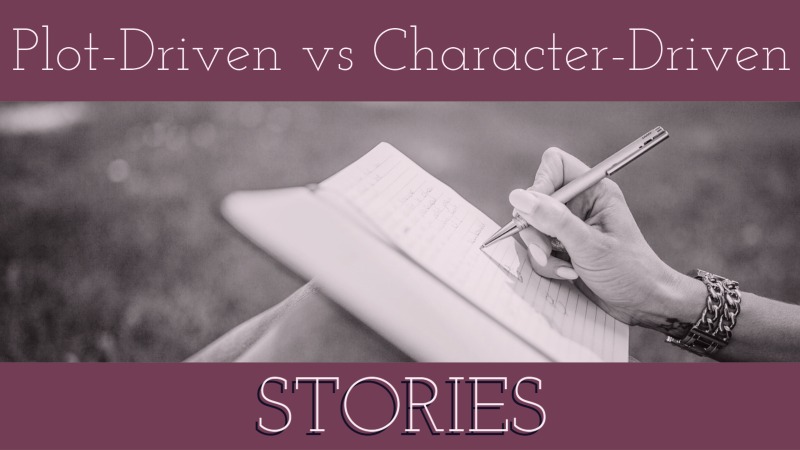 On Plot-Driven vs Character-Driven Stories

In this post, we explore the difference between plot-driven and character-driven stories.

Ever heard someone say they prefer ‘character-driven’ stories? I’ve heard it in creative workshops for the past decade.

Mostly, folks use this term in contrast to what they call a ‘plot-driven’ story. When pressed about what they mean by ‘plot-driven’, they say something like: ‘You know—action-packed stories with a lot of external conflict. I prefer quieter, more contemplative stories where the character doesn’t do as much because the conflict is internal.’

If you look online, you’ll find plenty of similar definitions for these terms.

On Plot-Driven vs Character-Driven Stories

To many, a plot-driven story is an action-packed blockbuster. It’s fun and crowd-pleasing, but features little character depth and thematic meaning. It won’t win any prizes, but it sells like hot cakes!

Meanwhile, character-driven stories are more likely to be slow and meandering. They may even be difficult to engage with because the subject-matter is uncomfortable or even mundane. The audience is smaller, but they tend to win more of the prestigious awards.

So, what we’re looking at according to some is:

But, hang on. Let’s think about the words ‘plot’ and ‘character’, shall we?

What is a plot? It’s what the character does during the story, right? The actions they take to create narrative events and progress the story.

And how do we get to know a character? Is it through the surface level characterisation of watching them go about their day to day lives? I don’t think so.

I submit we get to know people best through what they do when they face dilemmas and how they act or fail to act under duress.

So, a plot is what the character does. And we get to know who a character is through what they do.

Ya know, it kinda sounds like plot and character are inextricable. They are two sides of a coin. It’s just a matter of emphasis, really. A question of whether you’re focusing on the action itself or the person who took action.

So, plot and character are inextricable. This means that the terms plot-driven and character-driven are inaccurate (and thus confusing and unhelpful). They are often used to describe the opposite of what they ought to refer to.

All this has got me thinking: what would be more accurate and helpful kinds of terminology?

The plot-centric story reveals who someone truly is based on the actions they take under duress. The characterisation-centric story uses a character’s daily life and inner musings to raise questions about who they really are and who they might become.

You could think of the first as a comic book and the second as a triptych.

And, of course, this is a spectrum—a continuum. Each story falls somewhere closer to one side or the other. Some even fall close to the centre. An example is Arthur Conan Doyle’s Sherlock Holmes stories where the character of Holmes is studied deeply and continuously through his investigations.

A good story can’t be wholly one or the other and still function well.

Neither is better than the other. They are just two qualitatively different approaches to narrative.

I doubt these alternative terms will ever be widely adopted. But, I hope this got you thinking more deeply about plot and character, as well as about a story’s potential internal drivers.

No matter which kind of stories you prefer, those driven by unforeshadowed happenstance and unmotivated characters are frustrating. So, let’s avoid those two pitfalls to give readers better narratives in whichever tradition we prefer!