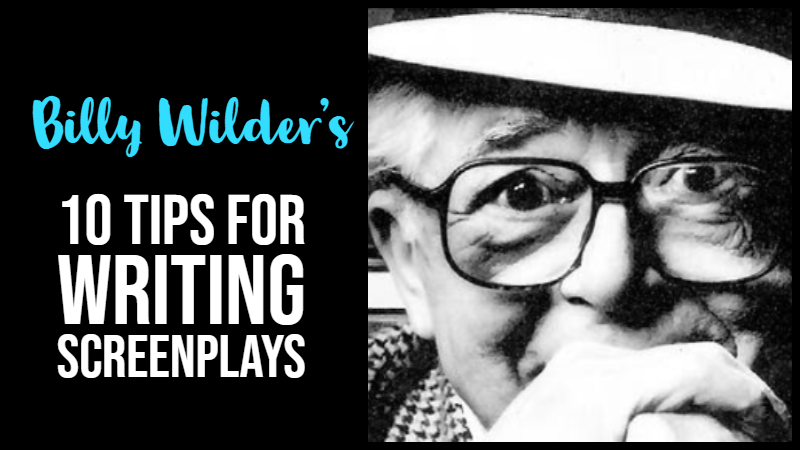 Billy Wilder (22 June 1906 – 27 March 2002) was an Austrian-born American motion-picture screenwriter, director, and producer. Wilder was ‘known for films that humorously treat subjects of controversy and offer biting indictments of hypocrisy in American life.’

He was also an artist  and journalist, and his career spanned more than 50 years and 60 films. Wilder is one of only five people to have won Academy Awards as producer, director, and writer for the same film (The Apartment).

His work focused on previously unexplored, controversial subjects, including alcoholism in The Lost Weekend, prisoner-of-war camps in Stalag 17, and prostitution in Irma La Douce.

Top Tip: If you want to learn how to write a screenplay, sign up for our online course : The Script