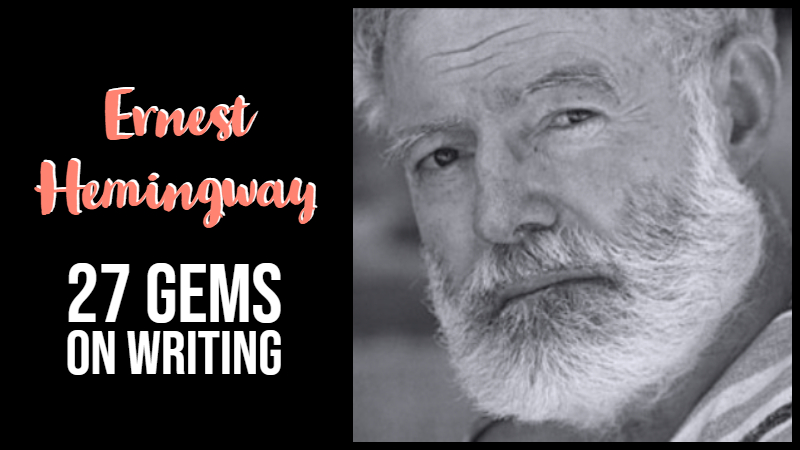 Ernest Hemingway was an American author and journalist whose economical style strongly influenced 20th-century American and British fiction. He was born 21 July 1899, and died 2 July 1961.

Hemingway was famous for the ‘intense masculinity of his writing‘ and notorious for his adventurous and widely publicised life. Fascinated by war, he focused on its futility in A Farewell To Arms and on its comradeship in For Whom the Bell Tolls. He was an ambulance driver in World War I and he went to London as a journalist in World War II.

, and The Old Man And The Sea

Below, we’ve included 27 tips, suggestions, and ideas from Ernest Hemingway on Writing, a selection of material from Hemingway’s articles, interviews, letters and books. They are taken from the article ’27 Secrets To Write Like Hemingway’ by Joanna Paterson.

Please note that they are not quotations, but wisdom gleaned or paraphrased from his writings.

27 Gems On Writing From Ernest Hemingway