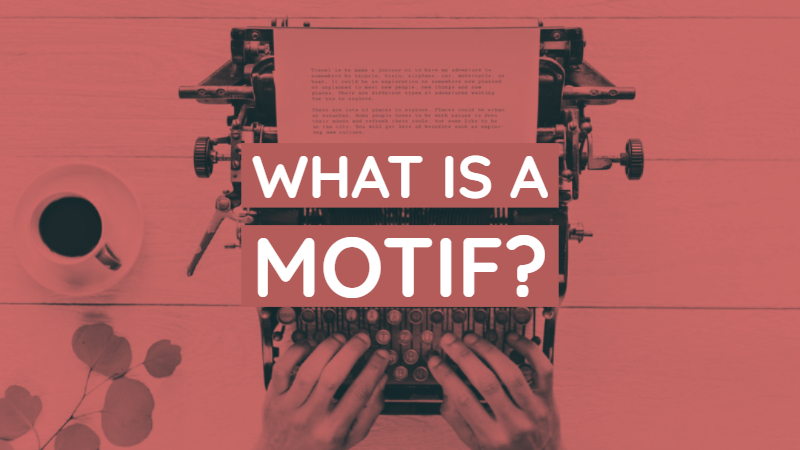 If you’ve ever wondered what a motif is and how to use one in your novel, read this post. We define it and give you examples of motifs in stories.

What Is A Motif In Fiction?

According to Oxford, a motif is ‘A dominant or recurring idea in an artistic work.’

A motif in fiction is a recurring object, sound, phrase, action, or idea in a story.

It is a good way to create a mood in fiction. It also allows writers to get a message across without actually preaching. If they want to write about the theme of death, they can use motifs like funerals, winter, abandoned houses, scrapyards, ghosts, dead flowers.

Is A Motif The Same As A Symbol?

No, they are not the same.

A symbol is a concrete object that is given a deeper and more significant meaning. A dove is a symbol of peace.

A symbol can become a motif if it is repeated often enough. If the dove is seen everywhere in the story it becomes a motif.

According to Your Dictionary: ‘Think of symbols as baby motifs. They only grow up to become motifs if they’re repeated throughout the course of a narrative.’

Is A Motif The Same As A Theme?

No, they are not the same. Literary Devices explains it like this: ‘In a literary piece, a motif is a recurrent image, idea, or symbol that develops or explains a theme, while a theme is a central idea or message.’

One of the ways to differentiate the two is:

Examples Of Motifs In Fiction