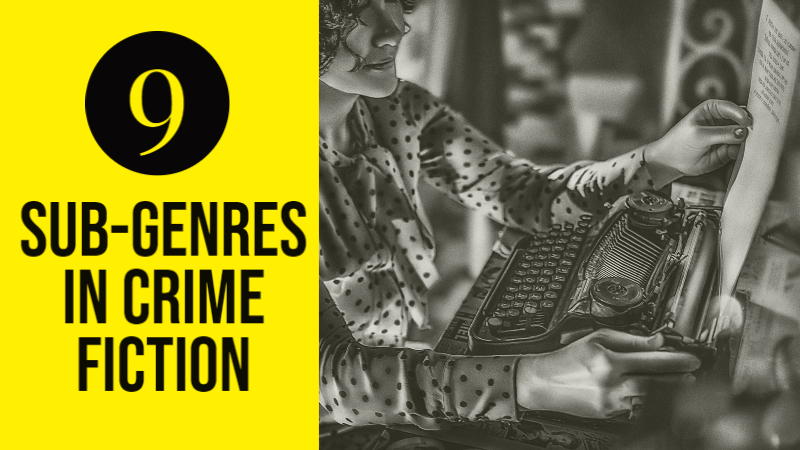 We have put together 9 examples of sub-genres in crime fiction to help you with your writing.

All crime fiction is based on the fact that there is a mystery to be solved. Usually, a crime has been committed and a murderer, a spy, or a thief must be caught by the protagonist.

The genre will always be popular and it has developed many sub-genres over the years.

9 Examples Of Sub-Genres In Crime Fiction This article has 6 comments