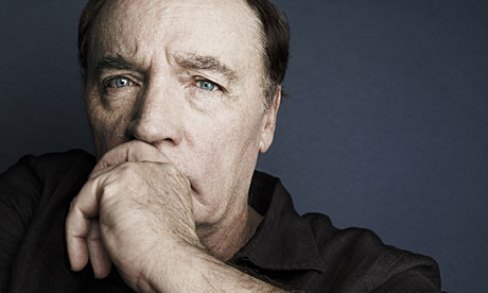 Follow this link to find out where James Patterson writes.

From an interview in The Telegraph with Adam Higginbotham:

‘I was just reading this thing about Heinz Ketchup,’ he says. ‘Everybody likes ketchup, apparently, because it hits all these flavour points: it’s sweet, it’s bitter, it’s…’
Umami? ‘Yeah. Right, right. Yeah. I like that. I like the notion of being ketchup.’
I’m not sure I have heard him correctly. Of being ketchup?
‘And satisfying a lot of people. Yeah.’ He hesitates, and I begin to say something else, but Patterson is enjoying this thought.
‘I don’t want,’ he says with satisfaction, ‘to write tofu.’

James Patterson is an American author who has sold an estimated 350 million books worldwide. Since 2006, one out of every 17 fiction books sold was a Patterson title. He first became famous for his Detective Alex Cross novels starting with Along Came a Spider. He is the first author to have #1 new titles simultaneously on The New York Times adult and children’s best-sellers lists. He is the only author to have five new hard-cover novels debut at #1 on the list in one year – a feat he’s accomplished every year since 2005. Patterson has had 19 consecutive #1 New York Times best-selling novels, and holds the New York Times record for most Hard-cover Fiction best-selling titles by a single author (76), which is also a Guinness World Record.