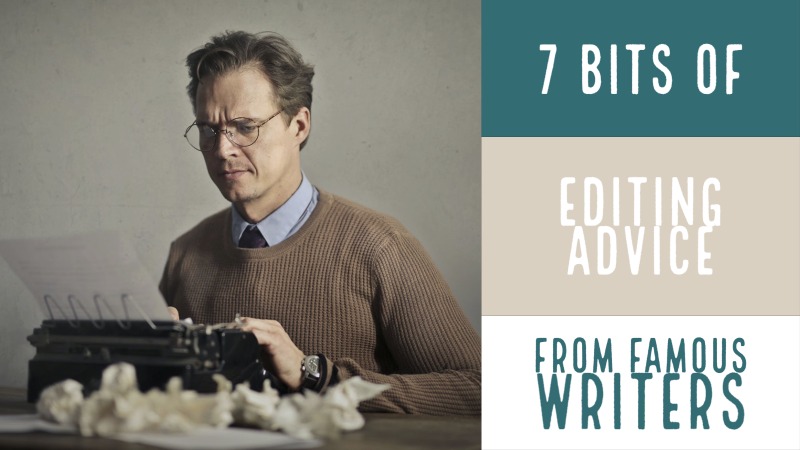 ‘I used to write every ten minutes I got to sit in front of a computer. Now, when I have more time, I function the same way: if it’s writing time, I write. I may write garbage, but you can always edit garbage. You can’t edit a blank page.’ – Jodi Picoult, NPR Interview, November 2006

Write first, and edit later. Write at every opportunity. If it’s awful, keep it and edit. That’s the trick.

Jodi Picoult calls this her writing time. Writing time is used to write (and only write).  A writer edits, but they’ve got to write it first. Keep at it, improve, and you’ll always have more to say.

‘I believe more in the scissors than I do the pencil.’ – Conversations with Capote, Lawrence Grobel, 1985

Readers never see the first draft. Publishers rarely take it. A first draft is made to better (and that’s it). Edits turn good writing great. All writers, published ones, know this eventually.

Never assume the first draft’s perfect, because it never is….yet. A pen puts things on paper, but scissors make them fit.

‘In the spring of my senior year at Lisbon High—1966, this would have been—I got a scribbled comment that changed the way I rewrote my fiction once and forever. Jotted below the machine-generated signature of the editor was this mot: “Not bad, but PUFFY. You need to revise for length. Formula: 2nd Draft = 1st Draft – 10%. Good luck.”’ – Stephen King, On Writing: A Memoir Of The Craft

First drafts are puffy, and it’s the best advice Stephen King ever had. A first draft is like seeing a friend for the first time in a decade: you just want to tell the reader everything – and right now.

Second drafts take a step back, and revisit things. ‘Why’d I say all of that?’ or ‘I should have said more about this.’ are common. An edit cuts or adds.

While it won’t suit everything, a 10% ratio is fair. Kill about a tenth of your darlings, don’t massacre a crowd. Revise for length.

‘I’ve been accused of being a minimalist writer. I don’t like a lot of verbiage in there.’ – Kathy Reichs, KoboWritingLife 254

A first draft is often ‘too much’ in description, detail or plot. That’s a good thing. That’s also still only the first draft.

When you revisit a piece, cut adverbs. Cut unnecessary things. ‘Minimalist’ is readable, and understood by readers.

‘The writer must have a good imagination to begin with, but the imagination has to be muscular, which means it must be exercised in a disciplined way, day in and day out, by writing, failing, succeeding and revising.’ – The WD Interview: Stephen King & Jerry B. Jenkins by Jessica Strawser, May/June 2009 WD

Imagination is key, but it’s not all a writer needs. The brain is a muscle. King says: exercise it, develop writing discipline. Write something daily. Edit something else. Follow writing prompts. Answer your emails.

‘Hunter hated editors. Hunter had had bad experiences getting rejected, lied to, his work eviscerated by what he described as dirtbag imbecile hacks posing and preening as publishing pundits.’ – From Guts Ball: Editing Hunter Thompson, Alan Rinzler

Hunter hated editors (at least, most). Actually, he just hated bad ones.

Writers and editors are like fish. Some are fine in the same tank, but others will chew each other up. If you know a good editor, value them, keep them happy.

You can’t work well with everyone. Sometimes you just need the right market or editor for you.

‘Your eloquence should be the servant of the ideas in your head. Your rule might be this: If a sentence, no matter how excellent, does not illuminate your subject in some new and useful way, scratch it out.’ – SPIN Magazine, January 1985, How To Write With Style

Illuminate your subject, says Kurt Vonnegut. A sentence adds value, or gets cut. Words are not children, or precious little babies, but will either belong or not.

Vonnegut didn’t have a 10% rule, but knew what to remove.

Go at the first draft like a crazed surgeon. Slice away, and stick the ear where the nose used to be. Editing can be fun.

In this post, Writers Write showed you some editing advice from famous writers. We hope it helps you to improve your writing (and edit better).Read this pot as well: How To Edit Like A Pro