Are you writing speculative fiction, particularly the fantasy genre? In this post, we look at 24 jobs for fantasy characters.

Happy Labor Day to all those celebrating it!

‘Labor Day is a federal holiday in the United States celebrated on the first Monday in September in any given year to honor and recognize the American labor movement and the works and contributions of laborers to the development and achievements of the United States.’ (via)

To celebrate the workers of the world, let us remember all those who bring such joy to our fantasy worlds with the fantastic jobs they are all doing!

If magic were real, things would be different, but also they would be the same. People would still have jobs.

Life would have all the normal rhythms of the real world, but the substance would be different. For example, perhaps everyone would gather around the crystal ball to watch their favourite plays at night. Maybe the stage director uses CGI (celestially generated incantation) effects to spice up the performance.

But, there would still be industries and companies. They may be call guilds and associations, but people would continue to be people regardless of the setting.

I’ve created an infographic with a fun list of jobs that can only exist in fantasy worlds. 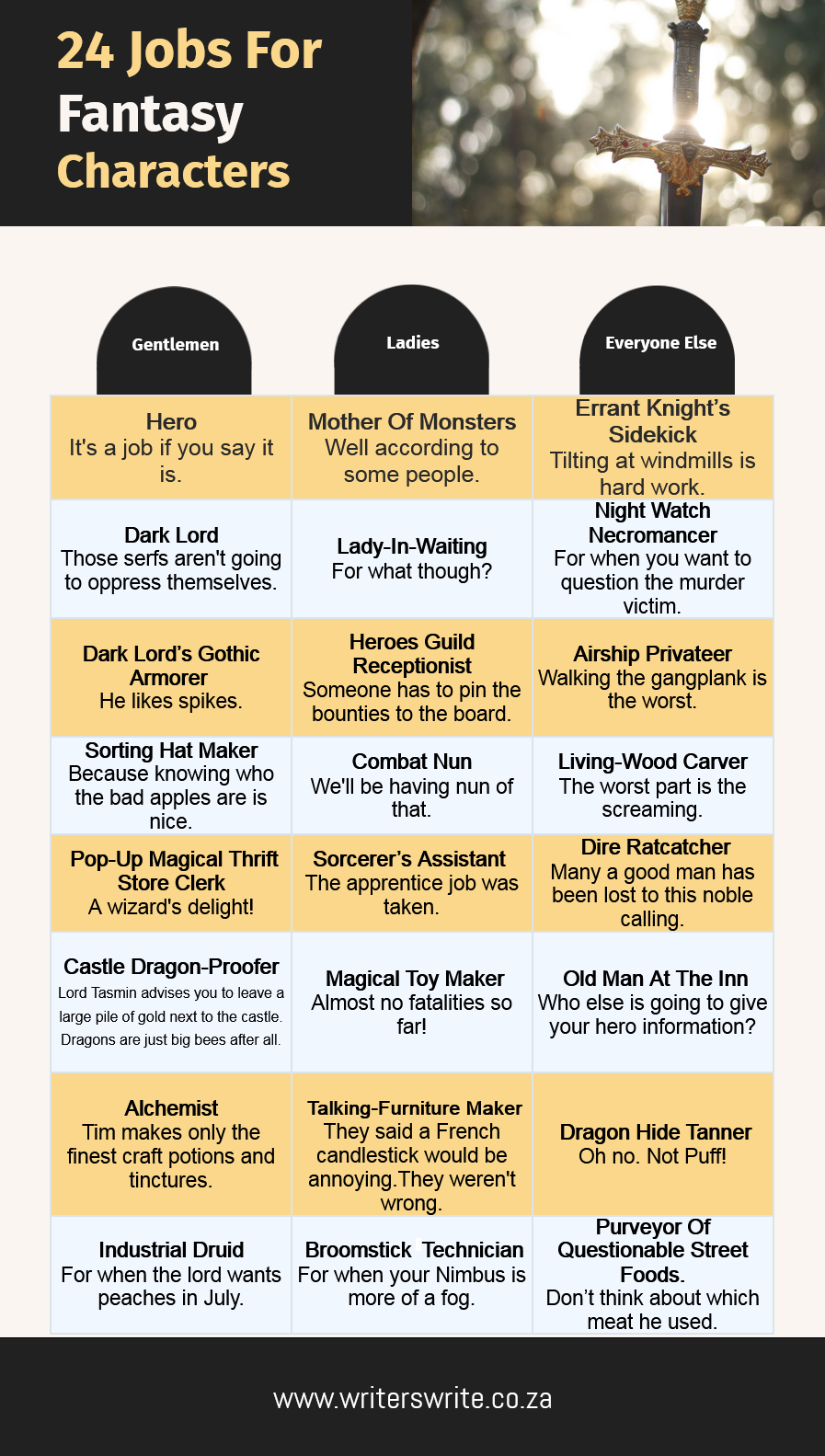 I hope you had fun with this list of jobs for fantasy characters and that it gave you some ideas.

If you want to write fantasy or if you love reading fantasy, you will also love these posts:

by Christopher Luke Dean (scrivener and scribe to the public at large).