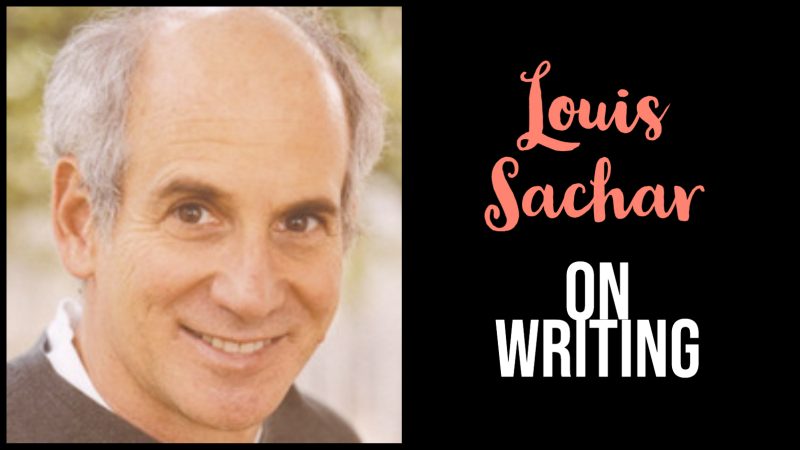 Writers Write shares writing resources and writing tips. In this post, we share these tips from Louis Sachar On Writing.

Louis Sachar is an American author of children’s books. He was born 20 March 1954.

After graduating from law school, Sachar practised law part-time while writing children’s books. In 1989, he became a full-time writer.

He is the author of Holes

which won the 1998 U.S. National Book Award for Young People’s Literature and the 1999 Newbery Medal for the year’s ‘most distinguished contribution to American literature for children’.

He is also the author of both the Sideways Stories From a Wayside School and the Marvin Redpost series. His latest book is Wayside School Beneath the Cloud of Doom.

In 2003, the Disney film adaptation of Holes was released. (Sachar wrote the screenplay.) In 2005, the Wayside School series was adapted into a special. In 2007, it became a TV show.

He likes to play bridge in his spare time.

We found this advice for writers on his website and we wanted to share it with you.