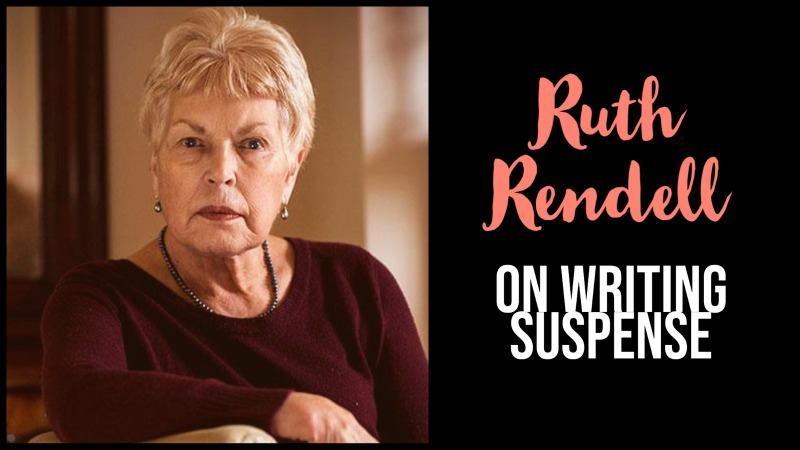 Writers Write shares writing resources and writing tips. In this post, we share snippets from Ruth Rendell on writing suspense.

Ruth Rendell, who also wrote as Barbara Vine, was born 17 February 1930 and died 2 May 2015. She was an English author of thrillers and psychological murder mysteries.

Her first novel, From Doon with Death, was first published in 1964. It featured Inspector Reginald Wexford, who starred in 24 of her novels. When she wrote as Barbara Vine, her novels were edgier and darker, concentrating on the psychology of the victims and criminals. A Dark-Adapted Eye and The House of Stairs was written under this pseudonym.

She wrote more than 60 novels, and sold more than 20 million books, continually exploring psychological elements in her crime writing. She was a big believer in the power of suspense.

In 2013, Ruth Rendell wrote the following about suspense:

Ina 1996 interview in The Irish Times, she was asked why she started writing as Barbara Vine:

In an interview with the BBC, she revealed how good she was at creating suspense – even for herself: