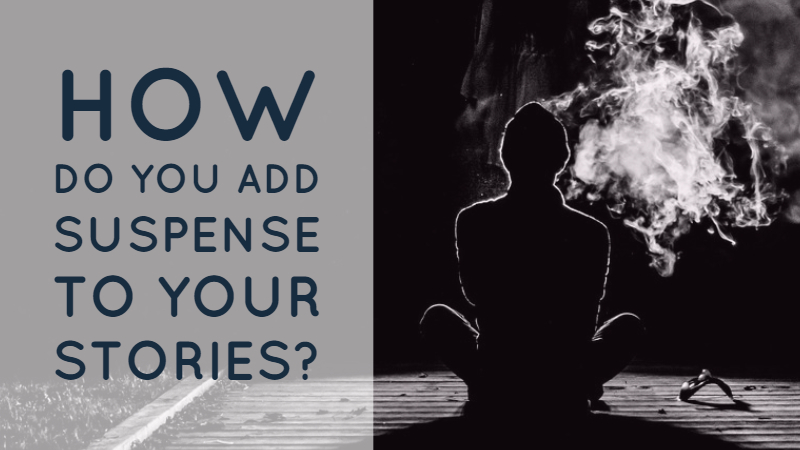 Tips For Adding Suspense To Stories

How do you add suspense to your stories? Writers need to learn techniques that make readers wonder what happens next and force them to turn the page.

Look at this example:

A fierce storm grips a private jet. An exiled princess has hired two bodyguards and a pilot for this secret flight. Through a shadowy syndicate, she has been conniving to win back her legacy. When she finally makes it safely to a private island, she meets an old man who gives her a magnificent box.

As the story unfolds, the reader’s curiosity is aroused. They want to know what is behind this intriguing opening. They’re asking questions. Will the jet crash? Why is she in exile? Is she in danger? What the hell is in the box?

The writer is teasing, seducing, hooking them in. The reader is turning the pages to find out the answers—to have their imagination stretched and the character’s secrets revealed in the story. They may guess what’s going to happen, but they want those suspicions confirmed or, better yet, they want to be surprised.

As a storyteller, you must start with an intriguing opening, introducing action and conflict, or giving a glimpse into main character’s emotional dilemma. Then you must consistently tease the reader with new information—giving them just enough to make them want more, but not so much that you overplay your hand.

Don’t say – Sue had to get home soon or something terrible would happen.
Rather say – If she didn’t get home by six, Sue knew the man in the balaclava would make good on his threat.

As a writer, you must learn to use these questions to foreshadow the bigger moments in your story. As with any seductive technique, you must satisfy the curiosity at some point. String the reader along for too many pages and they’ll get frustrated or bored. Deliver a trite or half-hearted plot twist or plot surprise and the reader will feel cheated.

Getting the reader curious, placing carefully oblique questions at the corner of the reader’s mind, is a great way to keep them engaged with your story. They will feel like they’re putting together the plot puzzle and are eagerly waiting for a new piece of information.

Here are three tips on getting it right: