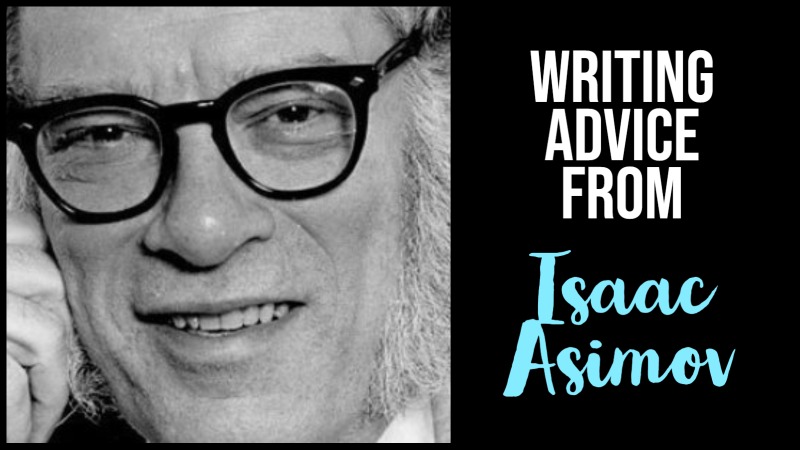 Isaac Asimov was born 2 January 1920 and died 6 April 1992. The American writer was born in Petrovichi, Russia. During his lifetime, Asimov, along with Robert A. Heinlein and Arthur C. Clarke, was considered one of the ‘Big Three’ science fiction writers.

His work often explored themes like the future with robotics, and the possible moral implications that face artificial intelligence. I, Robot is one of his most widely known written works.

He is one of the most prominent science fiction writers of our era. Asimov is to the genre what Tolkien is to fantasy: an influence that touches almost all subsequent work by other writers.

Asimov had a lifetime as a writer of books and short stories, but also essays and a vast letter collection. In total, Asimov has more than 500 books in his bibliography – and eventually, released special catalogues of his work to keep track.

His work, including the Three Laws Of Robotics and tales like I, Robot, have even inspired real-life research into robotics, morality, and user-safety.

How should a self-driving car react to a potential accident, for example? Asimov raised important questions like these through his work.

‘Unfortunately, in many cases, people who write science fiction violate the laws of nature, not because they want to make a point, but because they don’t know what they are.’ – Conversations with Isaac Asimov

Science fiction relies on a mixture of what’s real, and what could be. Asimov points out that a writer must understand basic rules (like physics or gravity) before they are bent for a story.

A writer can’t just say an object defies gravity. The writer has to know something about gravity first.

Rules exist, especially in science fiction, such as what happens when a time traveller meets their past self.

‘It is the writer who might catch the imagination of young people, and plant a seed that will flower and come to fruition.’ – Past, Present and Future

All writers can influence the reader’s mind.

It’s a responsibility that every writer should remember. Words can enthral, inspire, enrage, or unhinge.

Markets ban overly violent fiction, for one example, because of the potential negative impact on readership. Books like Stephen King‘s Rage have been removed from circulation, by the author’s request, after it was found in the locker of an attacker.

Remember: words have impact, and use them with responsibility.

‘Writing is a lonely job. Even if a writer socializes regularly, when he gets down to the real business of his life, it is he and his typewriter or word processor. No one else is or can be involved in the matter.’ – I, Asimov: A Memoir

Being a writer seems social, but isn’t.

Book releases make up less than 1% of what a writer does: elaborate dinner parties account for even less of the writer’s professional time.

A writer writes, and does so alone. A writer doesn’t call their publisher to watch them write.

When you write, it’s just you and the keys.

‘Science fiction writers foresee the inevitable, and although problems and catastrophes may be inevitable, solutions are not.’ – How Easy To See The Future, Natural History Magazine

Smartphones appeared in Star Trek decades before the popularity of modern devices. Asimov would write about the Laws Of Robotics long before artificial intelligence could hold a full conversation.

Asimov also speaks of human nature. Entire civilisations have come to an end due to lack of foresight, or eventual lack of resources.

Science fiction writers can benefit, greatly, from the study of anthropology and human nature. To know what we might do in future, it matters how humans have acted in the past.

5. Write To Be Clear

‘I made up my mind long ago to follow one cardinal rule in all my writing: to be clear. I have given up all thought of writing poetically or experimentally, or in any of the other modes that (if I were good enough) get me a Pulitzer prize.’ – Introduction To Nemesis

Plain language is what makes a best-seller that can be enjoyed by anyone who reads it.

One can’t expect to sell a million copies of a book that only 10% of that million would fully understand. That’s the essence of what Asimov meant with the above quote.

Always write to be clear.

The rule applies for anything, from an email to a short story.

‘If my doctor told me I had only six minutes to live, I wouldn’t brood. I’d type a little faster.’ – Life Magazine, January 1984

Writers can do an awful amount of things that aren’t writing. Resist the compulsion to check social media, play games, or boil an egg when you should be writing.

Procrastination does not lead to great stories, or productive emails.

If you type, you’ll have something you can edit. But if you do everything else, you’ll look back on an empty few hours with no work done.

We hope these bits of writing advice from Isaac Asimov help you with your writing.