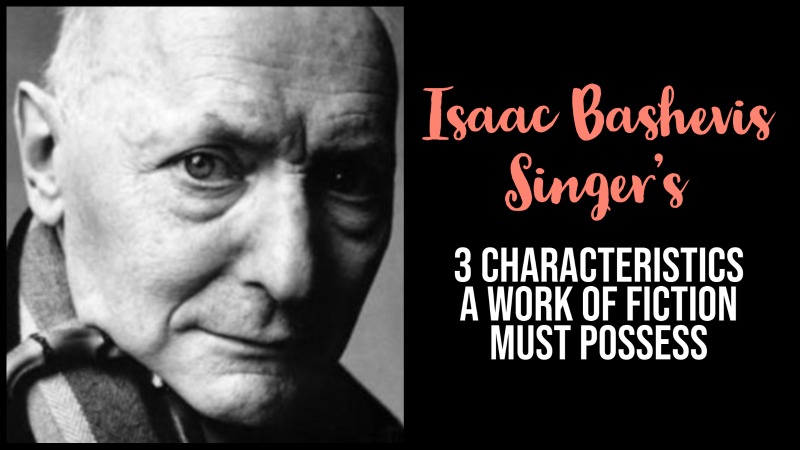 Isaac Bashevis Singer was a Polish-born Jewish-American author. He was a leading figure in the Yiddish literary movement and won the Nobel Prize in Literature in 1978.

His exact date of birth is unknown but it has been recorded that it was probably 11 November 1903, a date that Singer gave to his official biographer, Paul Kresh. He died 24 July 1991.

According to Encyclopaedia Britannica: ‘His fiction, depicting Jewish life in Poland and the United States, is remarkable for its rich blending of irony, wit, and wisdom, flavoured distinctively with the occult and the grotesque.’

His memoir, A Day of Pleasure: Stories of a Boy Growing Up in Warsaw

, won the U.S. National Book Award in Children’s Literature in 1970, while his collection A Crown of Feathers

Several films have been adapted from Singer’s works, including The Magician of Lublin (1979), based on the novel of the same name, and Yentl (1983), based on his story ‘Yentl’ from Stories from Behind the Stove (1971).

He believed that a fictional work possessed these three characteristics.

Three characteristics a work of fiction must possess in order to be successful: