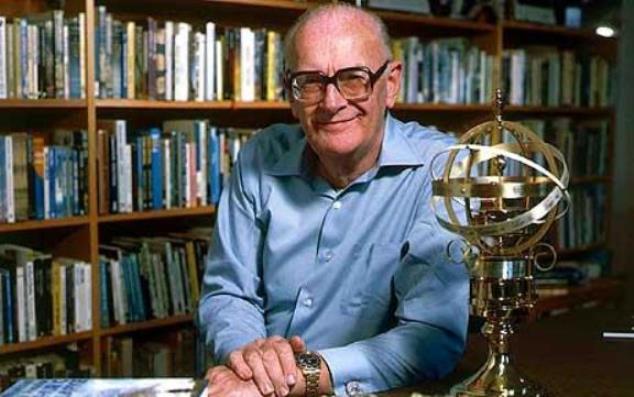 . Robert A. Heinlein, Isaac Asimov, and Clarke were known as the ‘Big Three’ of science fiction. In the 100 books he wrote, co-wrote or edited, Clarke predicted the moon landings, space travel, communications satellites, compact computers, cloning, and commercial hovercraft.

Watch his predictions for the future in the video below:

“One day, we may have brain surgeons in Edinburgh operating on patients in New Zealand. When that time comes, the whole world would’ve shrunk to a point and the traditional role of the city as a meeting place for men would’ve ceased to make any sense. In fact, men will no longer commute — they will communicate. They won’t have to travel for business anymore, they’ll only travel for pleasure.”