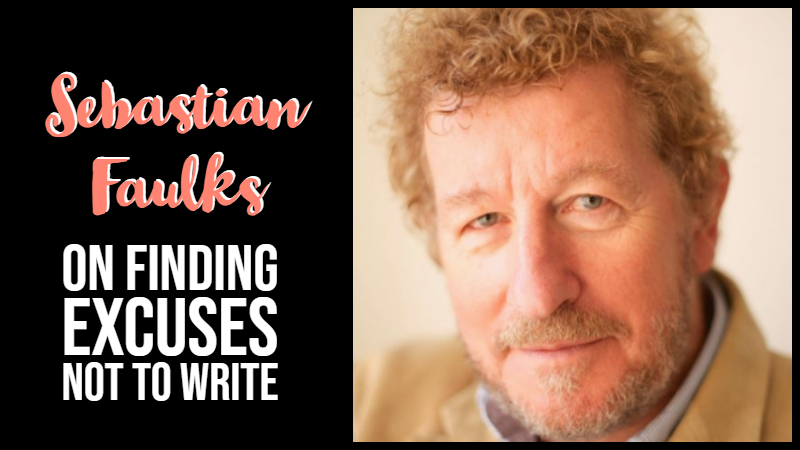 We share a piece from British author, Sebastian Faulks on finding excuses not to write.

Sebastian Faulks is a British author who was born on 20 April 1953. He is best known for his historical novels, which include Birdsong, Charlotte Gray, and The Girl at the Lion d’Or. His latest novel is Paris Echo

In a piece he wrote for The Guardian he writes about the many distractions that keep him from writing, including emails to answer, friends to be met, plays to attend, and events at bookshops to attend. And many more.

Sebastian Faulks On Finding Excuses Not To Write – 5 Quotes

Once upon a time

He wasn’t always like that, though. Faulks says, ‘Once I used to draw the curtains, put in earplugs, take the phone off the hook, and make tea in a Thermos so there was no excuse to leave the desk. Once, on a roll with Human Traces, I even toyed with the idea of installing a catheter.’

But, is not writing all the time really that bad?

Maybe, not being an obsessive-compulsive writer is a good thing.

As he says, ‘What sort of existence is that? Drilling down 50 fathoms into the internal lives of people who don’t exist? Not writing, by contrast, is more various and more challenging. It’s a life.’