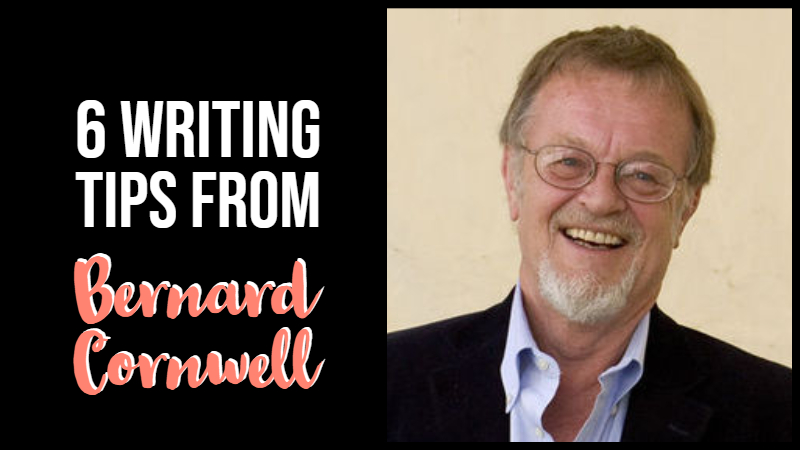 We share 6 writing tips from Bernard Cornwell, a British author known for his historical novels.

Bernard Cornwell is a British author of historical novels, modern thrillers, and a history of the Waterloo Campaign. He was born 23 February 1944.

He is best known for his novels featuring Napoleonic Wars rifleman, Richard Sharpe, which were adapted into a series of Sharpe television films. The first book in the series was Sharpe’s Eagle.

Other works include The Saxon Chronicles Series, which began with The Last Kingdom in 2004

. The books have been adapted to a television series of the same name.

“The first hurdle of any new writer (other than writing the book, of course) is getting a manuscript onto a real person’s desk instead of onto the slush pile (the slush pile is the vast heap of unsolicited manuscripts which turn up at all publishers’ offices and which rarely get read), and my advice has always been to find an agent…”

2. The Story Is All-Important

3. Begin With A Question

“Kurt Vonnegut once gave a splendid piece of advice. Every good story, he said, begins with a question. Harry meets Anne and wants to marry her. There’s the question already, will he succeed? But Harry is already married to Katharine, so there is your plot. Simple, isn’t it? And if your opening question is right, then the pursuit of the answer will propel the reader through the book. More important, it will propel the writer through the book.”

4. Improve Your Work By Analysing Other Books

“Suppose you decide to build a better mousetrap. You would begin, surely, by taking apart the existing mousetraps to see how they worked. You must do the same with books.”

5. You will Never Know How Much Research Is Enough

“Research, how much is needed? The answer is annoyingly contradictory – both more than you can ever do and only as much as is needed. By that I mean that you can never know enough about your chosen period, and so your whole life becomes a research project into the 16th or 18th or whatever century it is you are writing about, but when it comes to a specific book there really can be too much research. Why explore eighteenth century furniture making if the book doesn’t feature furniture? Do as much research as you feel comfortable doing, write the book and see where the gaps are, then go and research the gaps. But don’t get hung up on research – some folk do nothing but research and never get round to writing the book.”

“In the end you have to write the book. Do it, remember that everyone began just like you, sitting at a table and secretly doubting that they would ever finish the task. But keep at it. A page a day and you’ve written a book in a year! And enjoy it! Writing, as many of us have discovered, is much better than working.”