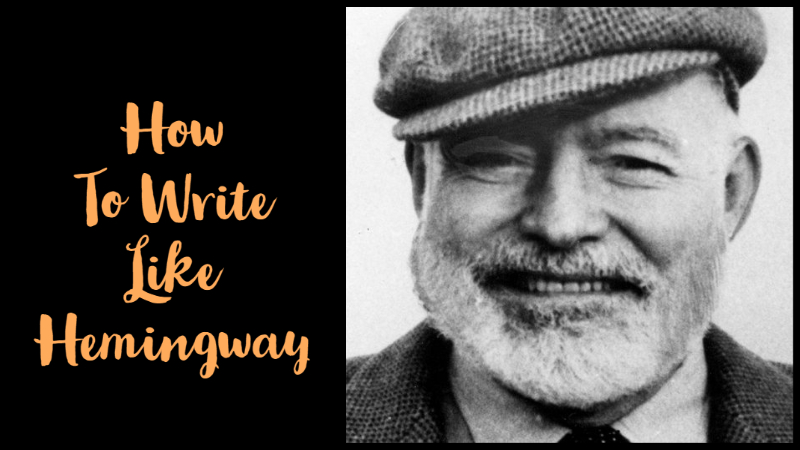 How To Write Like Hemingway With These 10 Easy Tips

Writers Write is a resource for writers. In this post, we tell you how to write like Hemingway with these 10 easy tips.

[Ernest Hemingway was an American author whose style strongly influenced modern fiction. He was born 21 July 1899, and died 2 July 1961.]

Have you put in the time to learn your craft, but still struggle with stale characters, info dumps, and purple prose?

All three issues can kill reader interest, but there is a fix.

I know because I’ve been there. And I’ve come out the other side of these issues a stronger writer.

I read Hemingway’s most famous stories, taking note of the techniques he used. I read and annotated every book I found on identifying, analysing, and codifying his writing style.

Now, I’m proud to present what I’ve learned. Below, I have compiled and condensed all the core techniques of Hemingway’s style.

Look it over; apply what you find helpful.

How To Write Like Hemingway With These 10 Easy Tips

Let’s end with a quote from the man himself as encouragement you as you sally forth with these insights: ‘Do not worry. You have always written before and you will write now. All you must do is write one true sentence. Write the truest sentence that you know.’