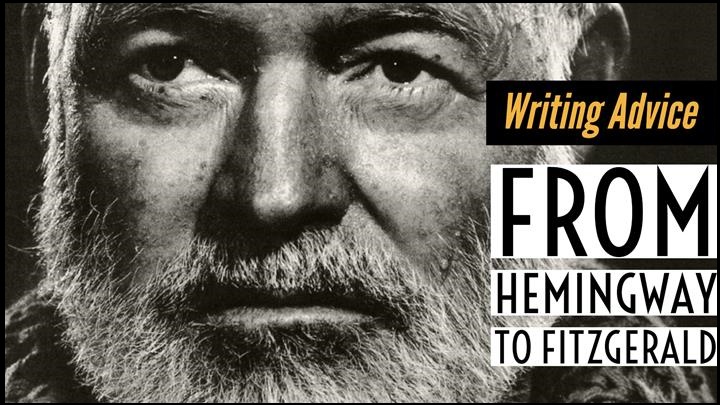 Writers Write creates and shares writing resources. In this post, we share a letter filled with writing advice from Ernest Hemingway to F.Scott Fitzgerald.

To celebrate the anniversary of Ernest Hemingway‘s birthday (21 July) we found this letter on Letters of Note: Forget your personal tragedy

In May 1934, after the publication of Tender Is the Night, F. Scott Fitzgerald wrote to his friend, Ernest Hemingway, and asked for his opinion on the book.

The couple in the novel, Dick and Nicole Diver, were based on Gerald and Sara Murphy who were mutual acquaintances of both men.

Hemingway’s reply contains plenty of advice for any writer.

Between Friends: Writing Advice From Hemingway To Fitzgerald

But Hemingway says more than this, and he says it better. Read the letter below. (Note: The letter is as Hemingway wrote it, including the spelling errors.)

[Written on envelope: What about The Sun also and the movies? Any chance? I dint put in about the good parts. You know how good they are. You’re write about the book of stories. I wanted to hold it for more. That last one I had in Cosmopolitan would have made it.] Ernest Hemingway and F.Scott Fitzgerald met in Paris in 1925 (Source)