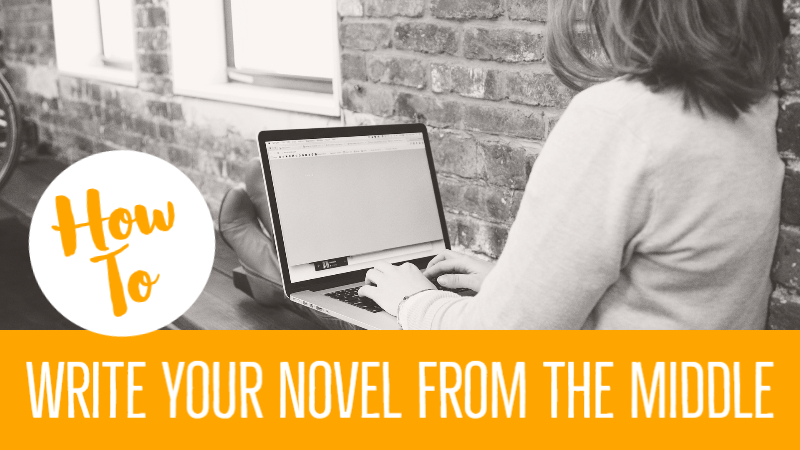 If you want to try an unusual way of writing a book, why not write your novel from the middle like James Scott Bell.

James Scott Bell is the author of the bestseller for writers, Plot & Structure, and numerous thrillers, including, Romeo’s Rules, and Don’t Leave Me. He has also self-published in a variety of forms.

In this post, we look at how to write your novel from the middle like James Scott Bell.

He writes: ‘Some writers start at the beginning and let the story unfold without a plan. They are called pantsers, because they write by the seat of the pants. Other writers plan and outline and know the ending before they start. These are the plotters. The two sides never seem to agree with each other on the best approach.  But what if it’s not the beginning or the end that is the key to a successful book? What if, amazing as it may seem, the place to begin writing your novel is in the very middle of the story?’

Why Write Your Novel From The Middle?

Bell decided to research the midpoint of a work of a fiction. He took some of his favourite books and films and looked at their middles.

In a post for Writers Helping Writers, he says: ‘What I discovered was that the true midpoint was not a scene at all—it was a moment within a scene. And that very moment, if properly rendered, clarified the entire story. It’s about the lead character, taking a long, hard look at himself (as in a mirror). He asks, Who am I? What have I become? Who am I supposed to be?’

Here are three examples from various interviews with Bell:

Bell says that while researching the midpoint of a novel, he found that the true middle of a novel is not a scene, but a moment in a scene that reveals the heart of a story. It is an ‘Aha’ moment when the character is forced to look at himself or herself.

He calls it the ‘mirror moment’ – that moment when you look at yourself in a mirror and see who you are at a specific time.

The character is forced to face themselves and ask some difficult questions about where they are, who they’ve become, where they’re going, and how they ended up there. They can even question whether they will live or die.

Most writers do not create this moment intentionally, but if you do, you could make your life easier. It offers a place where you can look both forward and backward and give you a starting point you never imagined existed.