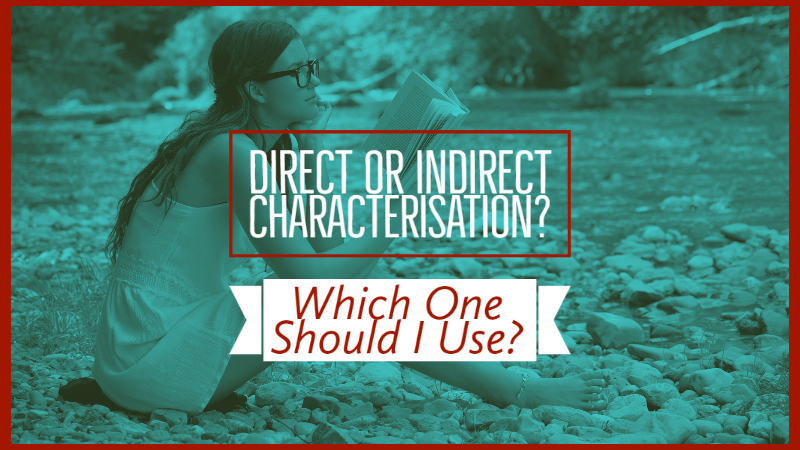 What Is Direct And Indirect Characterisation? And Which One Should I Use?

Characterisation is how authors create and describe a character’s looks and personality. It includes describing the way they speak, their looks (physical attributes), their attitudes and world views, their thoughts, their body language, their actions and reactions, their strengths and their flaws, and their motivations. Authors can use direct and indirect characterisation to do this.

[TOP TIP: Fill in a detailed character questionnaire for your main characters.]

Why Is Characterisation Important?

Stories are about characters. They drive a plot from the beginning, through the middle, to the end. If your main characters don’t feel real, readers will abandon the story. Characters come from somewhere, they have a backstory, and they are going somewhere. Readers love to empathise with characters (especially the protagonist) and they need to feel connected to them. They also need to understand their motivations.

What Is Direct And Indirect Characterisation?

This is also known as explicit characterisation.

[Suggested reading: 5 Instances When You Need To Tell]

Indirect characterisation is when an author shows the reader what a character is like. The author does this through a character’s words (dialogue), actions and reactions, body language, activities, and thoughts. Dialogue is particularly useful with this. Authors can show a character through their choice of words (class, education) as well as what they actually say, and what they don’t say.

This is also known as implicit characterisation.

Which One Should I Use?

You will create a rounded character if you include both types of characterisation in your stories.

You should have more indirect characterisation though. Readers like to draw their own conclusions by reading about your characters’ feelings, manners, thoughts, actions, body language, traits, and world views. You can’t spend the entire novel telling your readers that Jane is arrogant, but you can show it.

LOOK: If you want to learn how to write a book, sign up for our online course.