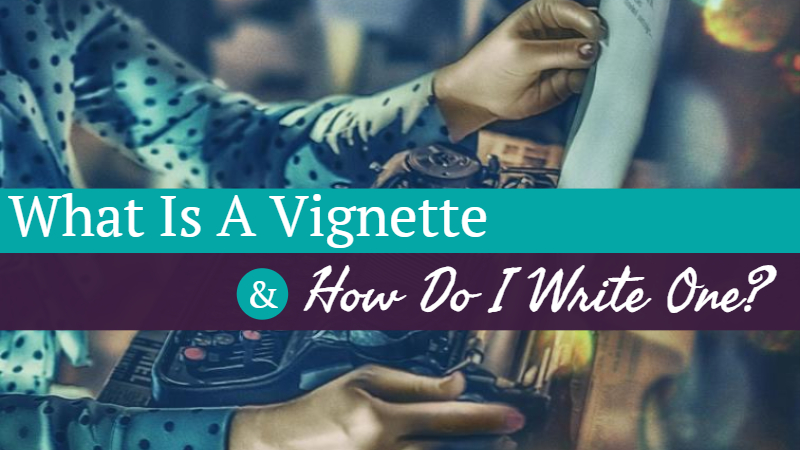 If you’ve ever wondered what a vignette is, read this post. We ask ‘What is a vignette?’ and show you how to write a vignette.

What Is A Vignette?

A vignette (pronunciation: vin-YET) is a short scene in literature that is used to describe a moment in time. It is descriptive and creates an atmosphere around a character, an incident, an emotion, or a place.

Dictionary.com defines it as a ‘a small, graceful literary sketch.’

It is also known as a slice of life that gives the reader added information that is not integral to the plot of the story.

Vignette means ‘little vine’ and it is named after the decorative vine leaves that adorned nineteenth-century books. Like the vines that adorn the books, a vignette in literature adorns the story by enhancing a part of it.

A vignette can be described as a pause in the story. Authors usually use vignettes when they want to highlight a defining, emotional moment in a character’s life.

Is A Vignette A Flashback?

How Long Is A Vignette?

According to Masterclass, vignettes are short scenes within a larger story. They are (usually far) fewer than 1 000 words long.

Is A Vignette A Short Story?

No. A vignette does not follow a narrative with a beginning, middle, and end. It is more of a description or an observation. It is like looking through a magnifying glass for a moment. A short story features a viewpoint character who goes through some sort of conflict.

How To Write A Vignette

Think of it as a moment out of time.

A series of vignettes can be collected into one book:

The House on Mango Street by Sandra Cisneros is made up of vignettes that are ‘not quite poems and not quite full stories’. The character, ‘Esperanza narrates these vignettes in first-person present tense, focusing on her day-to-day activities but sometimes narrating sections that are a series of observations.’ (via)

Naked Lunch by William S. Burroughs is ‘structured as a series of loosely connected vignettes. Burroughs stated that the chapters are intended to be read in any order. The reader follows the narration of junkie William Lee, who takes on various aliases, from the U.S. to Mexico, eventually to Tangier and the dreamlike Interzone.’ (via)

Vignettes can be found within a book or a short story:

In In Our Time by Ernest Hemingway, the author uses a vignette to describe the death of a bullfighter, Maera. Hemingway writes: ‘Maera lay still, his head on his arms, his face in the sand. He felt warm and sticky from the bleeding. Each time he felt the horn coming. Sometimes the bull only bumped him with his head. Once the horn went all the way through him and he felt it go into the sand … Maera felt everything getting larger and larger and then smaller and smaller. Then it got larger and larger and larger and then smaller and smaller. Then everything commenced to run faster and faster as when they speed up a cinematograph film. Then he was dead.’ (via)

) about examples of things that men carried with them during the Vietnam War. ‘The list of things that O’Brien presents is surrounded with short vignettes showing the importance of some of the more sentimental objects they carried.’ (via)