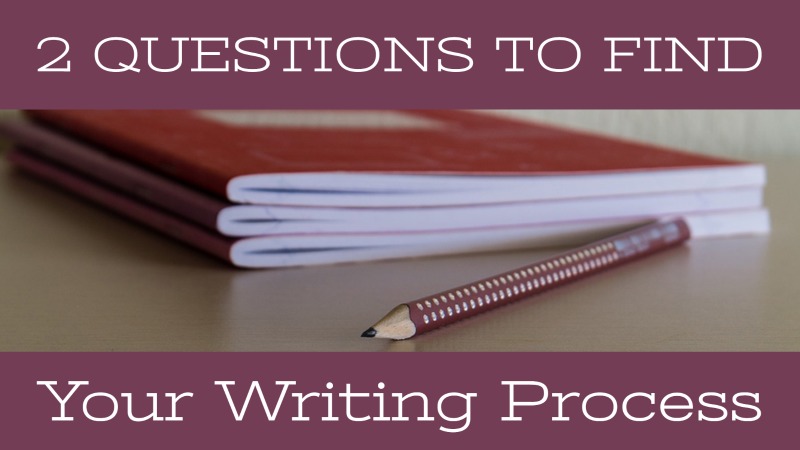 2 Questions To Find Your Writing Process

In this post, we give you two questions to answer to find your writing process.

In this post, we examine screenwriter Glen Gers’ advice on finding a writing process that matches your personality, plus one that fits in with the time you have available to write.

We’ve included some great exercises to help get you started.

Do You Want To Be More Productive?

Will you become more productive as a writer if you discover your individual process?

He has written the screenplays for film such as Brother’s Keeper and Fracture.

In an interview with Film Courage, an online film and television magazine, he spoke about his process as a writer.

‘The important thing about process is recognising that it’s yours,’ he says. ‘There is not a right or wrong way.’

Gers explains that you must find something that you can do fairly easily and that works for you.

‘That means you have to spend time paying attention to yourself, trying different things, seeing which ones work for you which ones don’t work,’ he says.

Be Honest With Yourself

He stresses that you have to be honest with yourself when you do this exercise. For example, he discovered that he worked really well in short bursts. However, he believed he should be doing more, so as the burst was running down he would grind on.

It was a mistake.

‘Not only would that be unproductive and disheartening but I would then start to undo my good work,’ he admits.

When he forced himself to write longer and push on, doubts started to creep in and he felt bad. He believed it was because the work was bad.

‘It could be that the process was bad,’ he says.

Some people write during work lunch hours, evenings, or the weekend – when they have available time.

Gers believes you have to pay attention to your reality (for example, you may just not have enough time) and your inner working (your personality, writing style, etc.).

‘The best way to find out is to do it and see how it goes,’ he suggests. ‘You will never get to the place where you absolutely know that you can write and then start writing.’

Two Questions To Find Yourself As A Writer

1. What is your reality?

How much time do you realistically have to write? What other commitments do you have to honour (keeping a 9-to-5 job, raising a child, etc.)? How will you manage these demands on your time?

2. What is your inner working?

Are you a notorious procrastinator? Are you easily distracted? Do you like certain rituals? Are you a morning person or a night owl? Do you need peace and quiet when you’re creating?

Then look at how both elements might inform a process. For example: If you know you only have time to write for one hour a day and that you’re easily distracted – your process may be disconnecting the internet and locking your iPhone in a draw while you write.

Another example: If you know you’re not a morning person, then telling yourself you must write an hour before you go to work probably won’t work. In this scenario, you might give up an hour of Netflix in the evening and devote that time instead to your novel, short story, or screenplay.

As Gers says, you have to experiment and find your own process. It has to work for you – and only for you.

What Works For You?

Most of us also have very individual approaches to writing. For example, one writer admitted on an online forum that he tried to write a novel on a computer for years without much success. After buying a type-writer, an 80 000 word manuscript came out in just a few months!

A friend of mine is a romance novelist and a single mother of two. She was struggling to find time to write.

So after dropping her kids at school, she would sit in her car with her laptop and write for an hour while the morning traffic subsided. It was her process – and it worked. She has successfully published a string of romance novels. She was looking for solutions and not excuses.

Watch the Glenn Gers interview with Film Courage on YouTube. Gers is also a script consultant and writing coach.

As E. B. White once said, ‘A writer who waits for ideal conditions under which to work will die without putting a word on paper.’