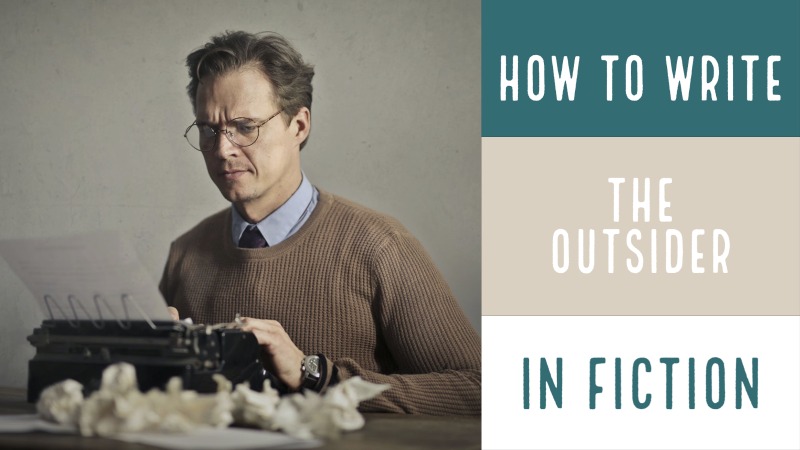 In this post, we explore the archetype of the outsider in fiction and look at examples of them in short stories and novels.

How To Write The Outsider In Fiction

In Hans Christian Andersen’s famous fable of the The Ugly Duckling, the misfit young bird is an outsider.

The bird doesn’t seem to find a home on a farm, among the wild geese, or in domesticity with an old woman and her cat. In the end, the character transforms into a beautiful creature. He flies off with a bevy of exquisite swans.

Most stories about outsiders focus on this sense of belonging, identity or recognition. At the centre stands an isolated protagonist who feels they don’t belong. They feel different or strange. They are the loner, the rebel, or the anti-hero. They leave – or are forced to leave – a place where there were others of their kind.

Sometimes their sense of purpose requires them to live, work, and fight alone. Other times, they are on the other side of the window pane. They are the quiet watchers, looking in but not part of the action.

In fiction, the outsider is a fascinating archetype to explore. The outsider allows the writer to explore powerful themes. These include exclusion, loneliness, personal journeys, and self-image. You could also tackle political, historical, or sexual themes through this type of character.

5 Myths About The Outsider In Fiction

While we like to believe the outsider is misjudged and misunderstood by their communities, they don’t always have to be brooding or traumatised. In fact, as a writer, you should avoid that cliché or make it interesting.

The Writer As An Outsider

As writers, we often feel like outsiders and probably revel in the idea of being outsiders.

There is a wonderful scene in Fitzgerald’s The Great Gatsby. The narrator Nick Carraway is drunk at a party in the city. He sees himself as both inside the wild situation and outside on the streets watching his story and the stories of the city unfold.

This woozy perspective perfectly captures the duality of a writer’s role: you’re the watcher, but you are also aware of your role inside any scene. And you are always looking for the universality of a story.

The truth is that writers are dreamers and you can’t dream in a group. It’s something you have to do alone. Sometimes you have to step outside of your own narrow life to see the bigger story.

Exercises For Writing About The Outsider

I hope this post on the outsider in fiction helps you make sense of the archetype.