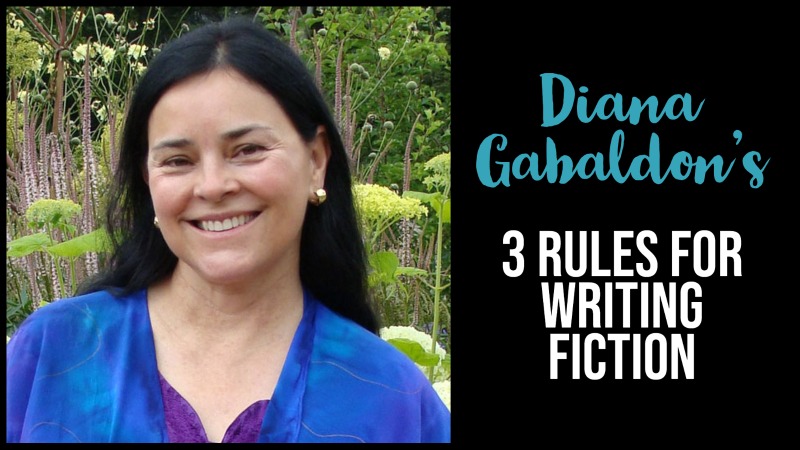 Diana Gabaldon is an American author, known for the Outlander series of novels. She was born 11 January 1952.

The books in the series are as follows:

A television adaptation of the Outlander novels premiered on Starz in 2014.

Gabaldon is also the author of the Lord John novels and The Outlandish Companion.

Dr. Gabaldon holds three degrees in science: Zoology, Marine Biology, and a Ph.D. in Quantitative Behavioral Ecology, (plus an honorary degree as Doctor of Humane Letters) and spent a dozen years as a university professor with an expertise in scientific computation before beginning to write fiction.

Diana serves as a co-producer and advisor for the Outlander TV series. She has also written a script for an episode of the series.

She writes: ‘It seems as though every writer who’s been at it for awhile is moved to write down what they’ve discovered about the craft over the years. Why should I be an exception?

Frankly, there are only three ‘rules’ to being a successful writer:

This is how you learn both what you like, and what you don’t like (and you sure shouldn’t waste time writing stuff you don’t like, no matter how popular you think it might be)–and how you begin to learn what writing techniques are, and how they work.

You can read all the books about writing and take all the classes about writing that you want (and I’m not saying these are pointless; they’re great for some people, not so much for others)–but the Horrible Truth is that nothing will teach you to write, except the act of putting words on paper. I naturally can’t guarantee that you’ll be published, successful, or rich–but I do guarantee that the more you do it, the better you’ll get at it.

and the third rule is the most important:

That said, while there really aren’t any hard-and-fast Rules about writing, there are certainly patterns and structures that generally work to accomplish certain things. Now, I don’t know whether one can learn to tell stories or not; I was rather fortunately born a story-teller (I can’t take any credit for this; it’s just genetic). But I do think that one can learn the craft of writing.’

Read the full post here: The Cannibal’s Art If you want to find out more about her writing process, click here: Diana’s Writing Process

We hope these bits of writing advice from Diana Gabaldon help you with your writing.