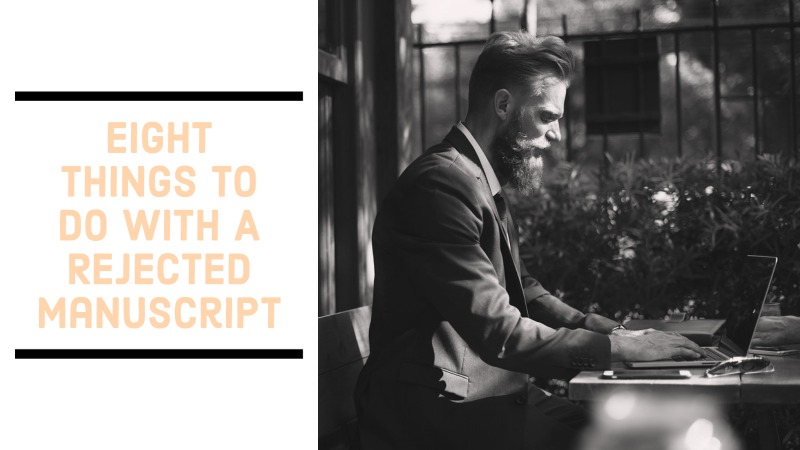 8 Things To Do With A Rejected Manuscript

Here are eight things to do with a rejected manuscript, and how to see every rejection letter you will ever get as a good thing.

Chicken Soup for the Soul by Jack Canfield, Dune by Frank Herbert, Life Of Pi

by Yann Martel, Harry Potter & The Philosopher’s Stone by J.K. Rowling, and Moby-Dick

by Herman Melville all have one thing in common.

Even though these works have sold millions, all of them were rejected manuscripts that multiple publishers did not want.

Writers everywhere know what rejection feels like. Rejection can feel like a stab to the heart for many authors, but rejection should be seen as opportunity. When one door closes, a hundred of them might open wide.

Do you have a rejected story, book, or idea?

Rejection letters from an editor or publication means no, but there are different types of ‘no’ a writer might get. Some responses are detailed and say why an editor doesn’t need the story, while others are general no answers.

Consider detailed responses lucky. An editor took the time to offer thoughts and advice to better the idea (or list the reasons). They didn’t have to, and writers can use what editors provide.

Now, here are three different types of rejection a writer might receive:

Depending on the type of rejection you receive, there is almost always something practical that a writer can do from that point forward.

Even though MANUSCRIPT REJECTION seems like this big, bad thing, it isn’t. It shouldn’t hold any writer back.

8 Things To Do With A Rejected Manuscript

Rejected manuscripts, stories, or ideas are always useful. Keep them, and keep a file that is specifically meant for only the rejection letters you’ll get.

A rejection is a new opportunity. Now, you have a story or idea that you can do something else with.

Here are eight things to do with a rejected manuscript.

When an editor is clear that a story isn’t right for them at the moment, ask when it could be. An affirmative response could be at a later period, during their pitch window or when the story is more relevant.

This type of rejection from an editor is often more of a ‘maybe later’ than a ‘no’.

A story can also be changed just slightly between submissions to suit the time period.

2. Submit It Somewhere Else

A manuscript just might miss the mark for that editor, at that time. Some stories can be great for other publications.

When you are sure that a manuscript or idea is good, try another publication. Pitch the story to someone else. This was the case with many great works, including Harry Potter.

Could another publisher or market say yes to the same story?

Well, try submitting it to a few and find out.

A manuscript that has just been rejected has been brought back to life.

Give a rejected story or article a fresh edit. Let it sit somewhere for a week or month, and give it a completely new look.

Change adjectives, move paragraphs around, remove sentences, and add other sentences. It’s like reconstructing an existing piece of work with what you already have.

A fresh edit can only make existing stories better. Use it, and submit your manuscript or story with fresh vigour.

Stories and articles can look completely different when they have been restructured. Beginnings, middles, and endings exist in all fiction and nonfiction works – but as a writer, you get to change where they lie.

Look at your manuscript again and map it by the chapter or paragraph. Plot it differently. Then, shift sections around (or rewrite parts) until it looks like a completely different story.

What you have at the end is superior to an edit.

5. Shorten (Or Lengthen) It

As a writer, stories and ideas are more fluid than water. A rejection isn’t a brick wall, but a channel to direct your submission somewhere else in your chosen way.

Have you ever imagined your novel as a short story (or the other way around)?

If it has just been rejected by a publisher or market, maybe it’s time.

Some short stories make better long fiction. The same way, some lengthy fiction would have been better as shorter stories.

Transform your rejected manuscript into something shorter or longer, then submit to a relevant market.

Translations are an option for countries where the majority of readers speak two, three, or more languages.

Where multilingual publishers are available, consider translating a rejected story or manuscript for a different version of it.

Find a publisher after this, and you might find that your book is a hit with speakers of another language.

Changing a language can change the readers and markets your manuscript can access.

Self-publication is perhaps the biggest Leap Of Faith in the publishing world.

It could work, but also might not, and there are many factors that control this. When writers self-publish, it’s an automatic route to working harder – but frequently, it pays off.

Self-publishing works for many manuscripts that traditional publishers haven’t accepted, but test markets respond well to.

Is it worth trying out?

That’s something only writers can decide.

Adaptations also have power to the rejected writer.

If you have a short story, try it out as a play. Turn it into a different genre, and see how the characters flow when the tale is a thriller instead of a romance.

Write it, edit it, and see where you can submit the ensuing result.

With adaptations in mind, you can turn any rejected idea into anything you want. The result might just be perfect for the next market who gets it.

Manuscript rejections can be one of the best things to happen during a writer’s time spent writing. If you have received one, see what you can do about it. A rejection might just be one stepping stone in your road to publishing the story!