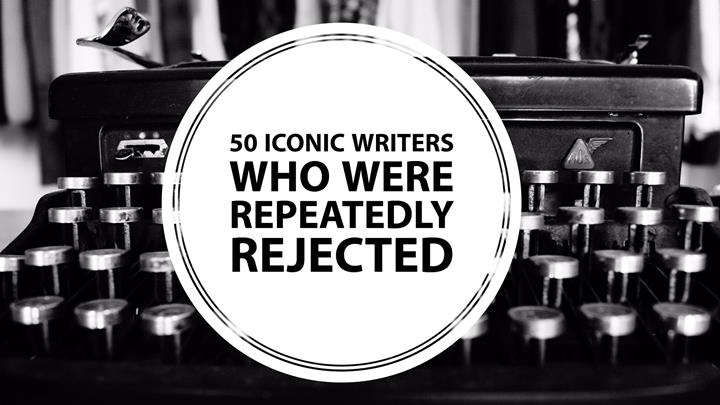 In this post, we write about 50 best-selling authors who were repeatedly rejected.

Even famous, best-selling authors have stories of rejection and heartbreak to share. Here are 50 writers who were repeatedly rejected before they found fame.

Source for original article: OnlineCollege.Org (Some of the links have been updated by Writers Write)