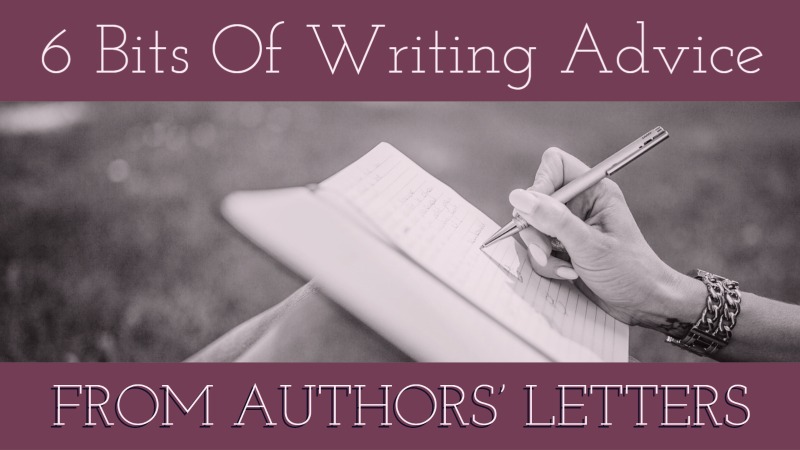 In this post, we look at writing advice from the letters of famous authors.

We write short stories, nonfiction, and SEO. We also write letters, and reveal more of ourselves. Letters can hold great writing advice, too.

Here are six bits of writing advice from authors’ letters.

‘The enclosed clippings should give you a rough idea of who I am. It’s a year old, however, and I’ve changed a bit since it was written. I’ve taken some writing courses from Columbia in my spare time, learned a hell of a lot about the newspaper business, and developed a healthy contempt for journalism as a profession.’ – Hunter S. Thompson To Vancouver Sun

Gonzo journalist Hunter S. Thompson sent this application letter to the Vancouver Sun. As always, it was no regular piece.

He goes straight into his flaws, referring to a previous job that went south. Thompson uses an assertive tone that could have turned off many editors, but that was his style.

Learn one lesson from this: always enclose clippings.

‘Don’t imitate other strips. Editors are looking for something new and original.’ – Bill Watterson To Todd Church

In the letter, Watterson tells Church that editors are looking for something new and original.

He also tells Church, ‘I think characters are more important than jokes. Any cartoonist ought to be able to come up with funny gags, but the best strips have rounded, complex characters that readers can care about.

Last, he notes: ‘…have fun with your work, and practice writing and drawing all you can.’

‘Here’s an assignment for tonight, and I hope Ms. Lockwood will flunk you if you don’t do it: Write a six line poem, about anything, but rhymed. No fair tennis without a net. Make it as good as you possibly can. But don’t tell anybody what you’re doing. Don’t show it or recite it to anybody, not even your girlfriend or parents or whatever, or Ms. Lockwood. OK?’ – Kurt Vonnegut To Xavier High School, 2006

Author Kurt Vonnegut got fan mail from Xavier High School in 2006. He responded to them with an assignment.

Students were told to write a six-line poem about anything. The poem had to rhyme, and they had to make it their best. He had one condition: students had to keep their poems secret.

Vonnegut then asked them to tear up the poem.

Write about anything, and destroy it: you get better every time.

4. Stay Away From Drugs

Stephen King wrote down important advice for his sixteen-year-old self.

In a June 2010 letter to himself, King refers to a history of drug use that he would rather have avoided. Fueled by drugs, he barely recalled writing the novel Cujo.

The letter says, ‘If you don’t heed this letter and change the future, at least ten good years of your life – from age 30 to 40 – are going to be a kind of dark eclipse where you disappoint a lot of people and fail to enjoy your own success.’

Writing is a high-pressure job, but don’t get high under pressure.

‘Enjoy your dirty money. You will never have anything else. You will never write another sentence above the level of In Cold Blood. As a writer you are finished. Over and out.’ – William S. Burroughs To Truman Capote

Written in 1970, the letter tears into Capote for his ethics writing the book. Capote was very involved in the trial, but would make no call for the suspects’ release.

Burroughs might have been right, and some critics shared his opinion.

‘Always prefer the plain direct word to the long, vague one. Don’t implement promises, but keep them.’ – C.S. Lewis to Joan Lancaster

In his letter, Lewis speaks for plain language. As an example, he writes that promises aren’t implemented, but kept.

Plain language works. Writers should always say what they mean.

In this post, we included writing advice in famous authors’ letters. We hope that it will help you to write: letters, short stories, and more!