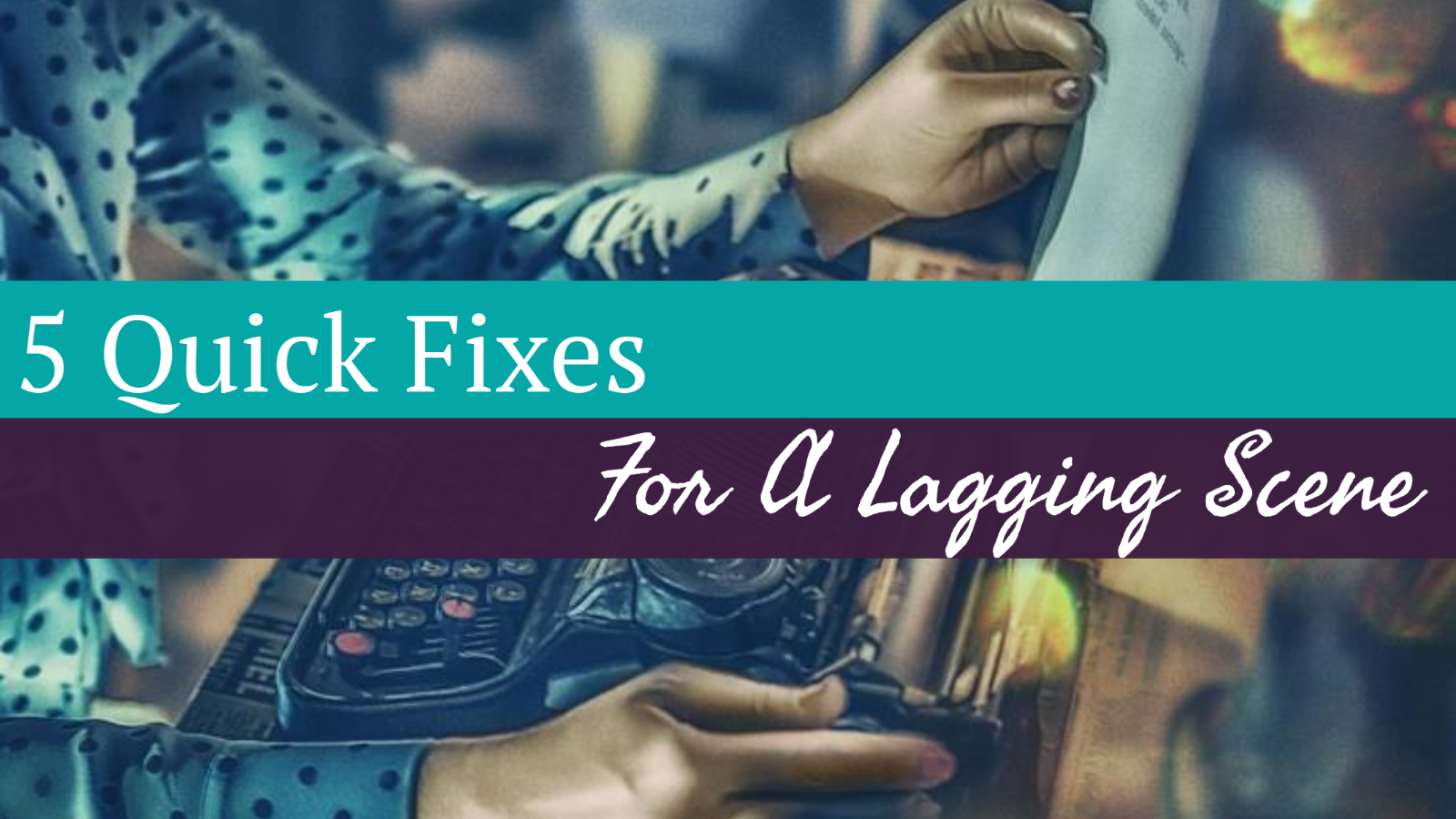 Are your scenes failing to light up the page? In this post, we give you five quick fixes for a lagging scene – with an example.

Sometimes a scene is just ‘meh’. You read it, but there are no sparks, not even a flicker. It could be a pacing issue. Sometimes a scene needs a little push, speeding it up can help. If you find your scene is a little slow you can make a few small changes to increase the pace of the scene and get your character and your story moving again.

5 Quick Fixes For A Lagging Scene

2. Add Or Change It To Action

Are you telling? I know, hearing ‘show, show, show’ is frustrating, but it really does speed up the writing.

This is a simple trick. Look at your sentences. Are they running over two or three lines? Try shortening them and even using a few fragments.

Dialogue speeds up the story, but it will also help you to ‘get out of your character’s head’, which will help you to show. Where have you used reported speech? Use dialogue instead. Is your character ‘thinking’ about a situation? Can you have them phone a friend? This will help to increase the pace of a scene.

This is a technique that you can apply to your whole story. Can you think of a time constraint that will speed up your whole story? It will help to add a sense of urgency to your scenes. Is there a ticking bomb? Or it can be an event: think of a meeting, a wedding, a birthday. It could be a coronation, a solstice, or a doomsday prophecy.

Jane waited in line at the coffee shop. She was grateful that the week had passed. It was a tough one. The baristas shouted their orders and intruded on her thoughts and she kept thinking about her boss who was a real ogre and had them working late every night this month. Alice, her BFF, was less than impressed with her. She had stood her up twice this week alone. She should probably apologise. She felt so bad.

“Tall latte for Jane.” The barista bellowed making Jane jump. Her thoughts were elsewhere. She reached for her drink and found a spot in a quiet corner. She had an important call to make. Alice’s picture appeared as she dialled. The line buzzed one, twice. Caller busy flashed on the screen. Damn she was pissed. She opened the chat box instead.
Wanted to say sorry.
For what? The reply pinged. Caller busy, yeah right.
For standing you up. Crazy at work. Time for a quick coffee?
She watched the ellipse dance on the screen disappearing and re-appearing.
You actually going to be there?
Already am. Waiting for you.
Be there in ten.
She glanced at her watch praying it wouldn’t be longer than that she only had half an hour. She couldn’t be late for her meeting with her boss.

Sometimes a scene just needs a little bit of a spark to get going again. I hope these quick fixes for a lagging scene help you go from ‘meh’ to memorable.